Jon Santos, Bo Cerrudo, and The Company come together for “I ? MLA” travelogue concert at Music Museum 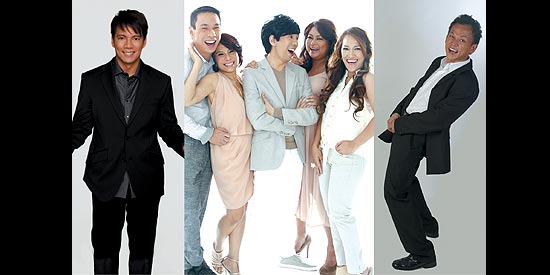 The catch phrase “It’s more fun in the Philippines” has undoubtedly generated incredible mileage in the various social media, via spoofs and humorous scenes and witty one-liners that unleash the Pinoy’s funny side.

The wacky and captivating Jon Santos, The Company, and Bo Cerudo came up with their own take on the catchy tourism slogan through their concert series dubbed I ♥ MLA (Kasi nga it’s more fun in the Philippines).

The concert series will be a travelogue, highlighting Manila’s historic landmarks and scenic destinations. I ♥ MLA is a collaborative effort between Jon, Bo, and The Company.

According to Jon and The Company, they see this show to be the perfect catalyst for an entertainment show that properly showcases the unique Pinoy psyche.

“The show is basically a love letter to Manila that attempts to relive and rediscover the city’s glory and splendour by way of song, dance, humor, and a montage of historic and nostalgic visuals. It’s low-brow meets high-brow, utilizing contra textual concepts,” Jon explains.

Bo Cerrudo, who’s also part of the upcoming Resorts World musical, The King and I, where he alternates with Leo Valdez in playing the King added:

“Aside from highlighting the pomp and pageantry of the city’s scenic spots, the show also doubles as a smorgasbord of Pinoy pop culture, with particular references to music, fashion, cinema, food, sports and even politics – all interwoven through a tapestry of comic, musical and visual vignettes.”

From the highly-successful riotous show Rom-Com, Jon and The Company continue to level up on their artistic partnership.

It takes a great relationship on and off stage to come up with a great show like this. Luckily the cast of I ♥ MLA has built their friendship and relationship through the years.

Indeed, the performers in this travelogue bring out the best in each other. Onstage, when they start emoting and having fun, the performers act as one, improvising spiels and dialogues showcasing their remarkable timing and stage presence.

I ♥ MLA has now earned praise from the Department of Tourism for spreading the good news about the country’s premiere capital, our rich cultural heritage, and the Filipino spirit that helps us overcome the best and the worst of times.