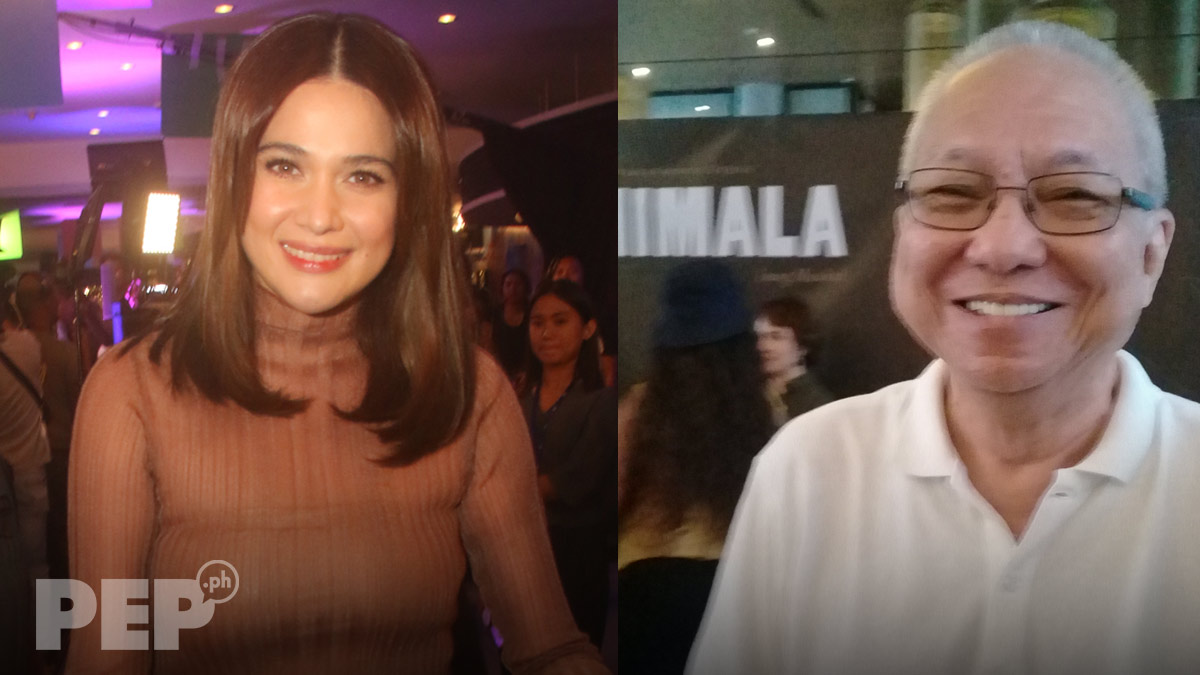 Bea Alonzo is one of the workshoppers enrolled in the current scriptwriting class of Ricky Lee.

Ricky Lee is not only known as an award-winning writer for film, TV, theater, and books, but also as a mentor for scriptwriters, both aspiring and established.

The screenwriter of classic movies such as Himala, Moral, and Gumapang Ka sa Lusak has been giving free scriptwriting workshops since the early 1980s.

Last July 7, 2019, he began teaching Batch 22 for a 12-session workshop held every Sunday at his Quezon City home.

The others in the batch work in the entertainment industry as writers, directors, and producers, including PEP Troika member Noel Ferrer, while the rest of the participants pursue a career in other fields.

Ricky shared his thoughts with PEP.ph in an interview during the August 27 press conference of Himala: Isang Musikal, a theater piece based on the 1982 movie he wrote and directed by Ishmael Bernal.

"I grow a lot, so they all think that they’re learning from me, yet I’m learning more from all 30 of them.”

Among the things he’s learning come from the actors in the group.

The actors turn out to be as serious and studious like any participant in the workshop.

“She attends not only the Sunday session. She also attends the weekday session na smaller group ’yon.”

Bea’s fellow Kapamilya star, Piolo Pascual, on the other hand, was supposed to join Batch 11 back in 2000.

Piolo played the title role in the said movie. Lagaristas refer to the-now extinct group of bikers hired to transport film reels from one movie house to another. Years later, Piolo ended up producing movies through the company that he co-founded, Spring Films.

Ricky noted that many people in showbiz are now multi-hyphenates because they don’t do just one job but two or several, such as actors also writing, directing, and producing their own projects.

“So even if hindi sila maging scriptwriter,” he added, referring to his workshoppers, “they can become better actors.