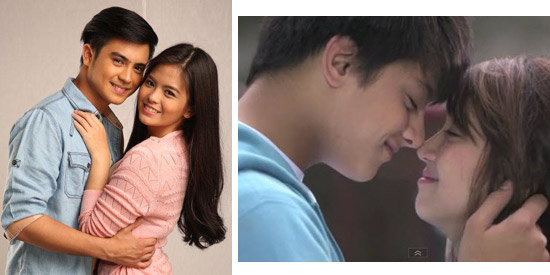 2014 was an exciting year for television. Filipino households were witness to new programs on both daytime and primetime that became the topics of day to day conversation.

This PEP article rounds up the top most-watched shows of 2014 on Philippine TV, according to data from AGB Nielsen Philippines from Mega Manila households.

Boxing dominated the Pinoy TV landscape in the past year. The top three ratings were from the televised boxing bouts of Philippine fighting hero Manny Pacquiao.

The most-watched program was Pacquiao vs Bradley 2: Manny Pacquiao vs Timothy Bradley on GMA-7. The April 13 telecast scored a TV rating of 48.9%.

Another GMA-7 show landed at fourth: Magpakailanman: Dalawang Kasarian, which featured Lauren Young as a young woman afflicted with hermaphroditism, or those born with two sex organs. The July 5 episode scored 32.8%.

The first weekday program on the list is from ABS-CBN. The finale of Got to Believe on March 7 had 32.8%, enough for it to finish at fifth place.

Got to Believe is then the highest-rated weekday program in 2014. The romantic drama that starred Daniel Padilla and Kathryn Bernardo were so highly received that two more episodes ended in the top 10, at ranks 7 and 10.

Number 6 is a tie between the finale The Legal Wife on June 13and Maalaala Mo Kaya: Red Envelope on August 16. Both scored 32%.

The Legal Wife was a drama about infidelity that starred Angel Locsin, Maja Salvador and Jericho Rosales. MMK: Red Envelope, meanwhile, was the dramatization of the life of Lyca Gairanod, the winner of ABS-CBN’s reality singing competition The Voice Kids.

The Voice Kids is a singing competition that was also a hit from the Kapamilya channel. In fact, its July 26 episode landed at number 7, with its 31.8% rating.

Another Kapuso program is at number 9: the February 23 episode of Kapuso Mo, Jessica Soho with 30.6%.

GMA-7’s highest-rated programs were aired on weekends, with the exemption of 24 Oras.

The highest-rated weekday program was the Kapamilya network’s Got to Believe.

If the Pacquiao fights will be disregarded because they are special events, GMA-7 still has the higest-rated program with Magpakailanman on July 5.

PILOT EPISODES AND FINALES.The chart below ranks the 10 highest-rating pilot episodes of primetime shows in 2014. This ranking only includes locally-produced series. Korean dramas, weekly anthologies and reality shows are excluded.

The chart below ranks the 10 highest-rating finales of primetime shows in 2014. This ranking only includes locally-produced series. Korean dramas, weekly anthologies and reality shows are again excluded.

The above chart has five shows from GMA-7, and six shows from ABS-CBN.