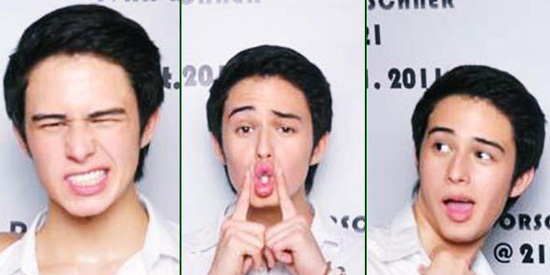 “My theater experience with Gantimpala was so enjoyable. All the actors and staff I worked with were very professional. They were very patient and made it very easy for me,” says Ivan.

“When I found out they have a workshop in musical theater, I immediately told my manager that I want to join it, I know it will help me a lot as an actor,” the young actor adds.

Ivan made headlines of late when he became the “lucky guy” who kissed international pop singer Katy Perry during her one-night only Manila concert.

He plays lead in a “romantic” commercial for a whitening lotion.

Ivan looks forward to the musical theater training he’ll get from character actor Roeder Camañag, who is the workshop facilitator.

Dorschner, together with the rest of the workshop participants will be taught creative drama, music, voice and dance exercises, and script writing.

A culminating recital commences on May 18 (Friday) at the Open Air-Auditorium in Luneta, Manila.

Gantimpala Theater was one of the original artistic companies’ of the Cultural Center of the Philippines (CCP). During its more than two-decade residency at the CCP, it produced winners of the play writing contest.

The dramatic arts company embarked on a more ambitious undertaking, after the EDSA revolution, producing and bringing the Filipinos literary cultural heritage to life, the Four Classics namely Kanser and El Filibusterismo, Ibong Adarna which originated from a corrido and Florante at Laura, the greatest Tagalog literary masterpiece of Francisco Balagtas presented as a komedya, a Filipino theater form.

It has made the most number of plays based on the works and life of our National Hero, Dr. Jose Rizal.