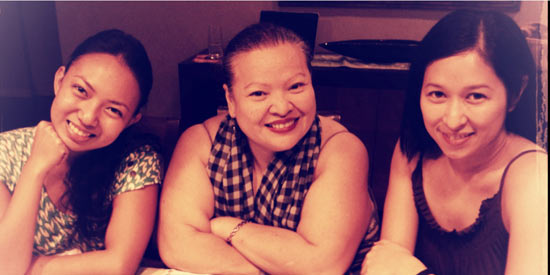 TRUMPETS, Asia's first professional gospel theater group, takes the proverbial leap of faith for its current project – 4Faith – held every Monday from April 16 to May 7, 2012 at The Reading Room of the Filipinas Heritage Library, Ayala Triangle, Makati.

Better known for its grand musicals productions, TRUMPETS has chosen four plays that deal with more current and thought-provoking issues of moral choices, ethics, religiosity and, of course, faith.

4Faith takes its audience into an intimate setting and invites it to listen quietly to the rich text, sensitive topics and raw sentiments expressed; then afterwards, to discuss, take sides, question and form conclusions and opinions.

The 4Faith series features some of the best actors of the Philippine stage and opened April 16 with Going to St. Ives starring Roselyn Perez and Bituin Escalante. Mass Appeal followed with Kevin Concepcion and Meynard Penalosa in the cast. Both plays received critical acclaim.

On Monday, April 30, Agnes of God will be performed by Kakki Teodoro, Leah Reyes and Sheila Francisco. It is about a psychiatrist’s examination of Agnes, a novice nun who gives birth and insists her dead child was the result of virgin conception. Questions are raised about faith and the possibility of miracles in today’s world.

Castrato is slated for May 7. An abusive father and preacher commits suicide and his surviving sons reunite after a 12-year estrangement. The elder, Stephen, is a businessman and a follower of an evangelistic preacher while the younger, Peter, is a radical minister. Their reunion is an emotional clash of religious views and long-kept feelings. Topper Fabregas, Chino Veguillas, Jaime del Mundo and Cris Villonco are featured in this reading.