Forbidden Broadway will spoof and poke fun at famous musicals 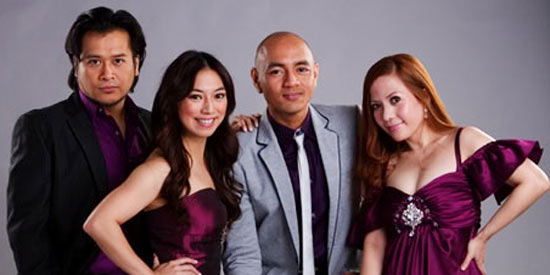 Forbidden Broadway will be staged from May 11-27, 2012 at the Carlos P. Romulo Auditorium, RCBC Plaza in Makati City.

Pinoy theater lovers will finally get a chance to see a local production of Forbidden Broadway this May, courtesy of Upstart Productions.

Forbidden Broadway is the longest-running musical revue of famous musicals. It is popular for taking songs from musicals like Mamma Mia!, Cats, Phantom of the Opera, and Rent, and replacing the lyrics with funny words mocking the shows itself.

PEP.ph was able to talk to veteran stage actor and director Joel Trinidad last April 27 to talk about Forbidden Broadway, which he will direct.

Forbidden Broadway will be the first foreign musical that is being produced by Upstart Productions, Joel’s theater company that was launched in 2010.

Joel told PEP that he chose this musical revue because he is a big fan.

“Frankly, the stuff I put up is the stuff I wanna see. I have seen Forbidden Broadway four times. Well, it’s an off-Broadway show in Manhattan in the theater district, and they update it so often. I have been a fan of the show for a long time,” he explained.

What Joel really likes about the show is that it is very creative and edgy.

“Because Upstart is very small, and I would like to think it is edgier than the larger companies, this is exactly the kind of show I like. We’re dedicated to the production of edgy and creative stuff that maybe other people won’t do,” he said.

Surprisingly, this is the first time that Forbidden Broadway will be staged locally.

“Legally. Because I understand, there were school productions and workshops. So this is the first professional production, and just in time for the 30th anniversary of Forbidden Broadway,” Joel said.

This is why he felt really lucky that Forbidden Broadway was available for production.

“I’m very surprised that no one had thought to bring it before I did. Because it was already shown in Hong Kong and Singapore. It was so close but nobody thought of it. So lucky me, right?”

Joel added that he’s hopeful that his production will be successful. For one, he said he had chosen the best actors.

“You need really really good performers. For a show like this, you need actors who have good comic timing, and comic timing cannot be learned. I have worked with this people before. I didn’t audition, I hand-picked them. Everybody has just the right amount of talent, and equal amount of katarantaduhan,” he explained.

The talent of his actors, Joel stressed, will make Forbidden Broadway stand out.

“If you didn’t understand English, for example, and you watched the show, you would think it’s a legitimate show, because the level of talent is just so high,” he said.

Forbidden Broadway will run on May 11-27, 2012 at the Carlos P. Romulo Auditorium at the RCBC Plaza in Makati City.