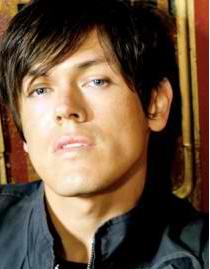 "As I was climbing up over the chair, I kinda look at him and... Oh my gosh, that's Jerry Maguire!”

These were MiG Ayesa’s thoughts when he saw Tom Cruise among the audience members who watched him portray Stacee Jaxx for the musical Rock of Ages.

"It felt surreal, absolutely, you never think you're gonna meet these people and that they will have a interest in what you're doing, definitely a highlight," he gushes.

This Australian-Spanish-Pinoy-with-a-twist-of-Ilonggo performer arrived in the country nearly two weeks ago to work on pre-production of the Philippine staging of Rock of Ages under Atlantis Productions.

PEP.ph (Philippine Entertainment Portal) was given the chance to sit down and chat with MiG during the MTV video and photo shoot tucked away in a small studio in Makati City.

The finalist of Rock Star: INXS explained that Tom Cruise visited the first day of rehearsals as preparation for Tom’s portrayal of Stacee Jaxx for the big screen. The Hollywood version of Rock of Ages is due to come out in Philippine cinemas this June.

"He came to see what I was doing with Stacee Jaxx, he wanted to meet with me. And I gave him a few pointers on how to play the role..." Mig says, humbly adding that director Adam Shankman and Tom Cruise himself will have found their own way to do the character.

"Being a very complex character, on film, Tom Cruise will have time to explore, expound Stacee Jaxx."

Of that encounter, Mig says that Tom Cruise was "very gracious, very sweet and humble, and we had a good time meeting with him."

As audiences will soon see when the Rock of Ages movie comes out, MiG believes that Tom Cruise "is going to surprise everybody and show them how good he is as the rock star."

He jokingly adds though, "not with so much make-up," noting the fact that his character is a rock star of the ‘80s era, which is why he has to get used to an unusual amount of make-up.

So even if his own sense of style wouldn't call for the make-up and the outlandish costumes, he says, "it feels right and it feels good and I love doing it."

He says his style is "not that flamboyant," that his real hair is actually quite short, but that he wears a realistic looking wig to channel the look of the eighties big hair.

He says, with an afterthought, that he might consider growing his hair long again as the rock star look is growing on him, that, "I might get more outrageous in the future."

What excites Mig about coming to the Philippines for the local production of Rock of Ages is the "chance for me to touch base with my roots," he says, "to spend decent time with my family." With his schedule, he spends only a couple of weeks with them. This time, however, he has a two-month schedule to mount Rock of Ages here in the Philippines. In fact, his family is flying in from all over the world to show their support.

"It's a way of bringing us together," explaining that his parents and brother are arriving from different parts of Australia, as well as cousins coming in from Singapore, Hong Kong and the United States in one big family reunion.

Also, he says, his stint here in the Philippines is a chance to "do work here since I haven't really done that yet, I don't know a lot of people here and I don't know the scene here."

MiG believes that working with Filipinos on Rock of Ages will help him understand where he came from. This show will also tap Vina Morales, Jett Pangan and Nyoy Volante, among others.

"It's time to connect the dots and make it work for me here."

Staying longer than the committed two-month run of the show though isn't an option yet as he has to go back to London to fulfill his role on a Michael Jackson themed musical, Thriller Live.

"But I would like to come back, for a reason or a purpose. I just released an album and I would love to showcase that and tour with it."

Rock of Ages will be staged from June 15 until July 8, 2012 at the Carlos P. Romulo Auditorium at the RCBC Plaza, Makati City.