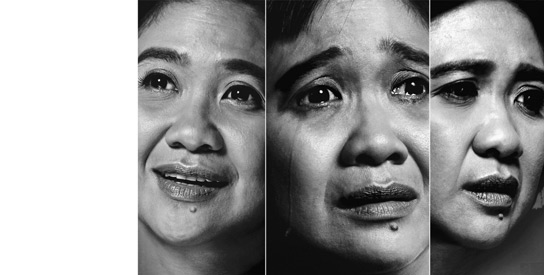 Bona re-emerges this August as Philippine Educational Theater Association (PETA) opens its 45th theater season in retrospect of a film classic that once captivated the hearts of Filipino audiences.

Originally directed by National Artist for Film and one of PETA's founding members Lino Brocka, the film Bona is about a young schoolgirl, played by Nora Aunor, who became a die-hard fan of Gardo, a wannabe actor essayed by Philip Salvador.

Aunor's portrayal of Bona won her the Best Actress Award in the 1980 Gawad Urian Awards. The film written by Cenen Ramones was also an official entry in the 1981 Cannes International Film Festival Director's Fortnight and was cited as one of the "100 Best Films of the World" by The Museum of Tolerance in Los Angeles.

Set in contemporary Manila, PETA's stage adaptation of Bona revolves around Eugene Domingo as a spinster call center agent who becomes a fan of Gino Sanchez (Edgar Allan Guzman), a contestant in the talent search 'Star of Tomorrow'. Blinded by her obsession on Gino, Bona turns her back on everything she values and gives up nearly everything she has. Caught in a quicksand of worship and pity, Bona proves how obsession may overpower love and even lead to a person's demise.

Layeta Bucoy, who wrote the stage adaptation, shares her insight about the difference of the new Bona to the film. "Eugene's Bona is more empowered; she is financially independent and even supports her family. As a fan, she lays claim to empowerment, as she believes that the inclusion of fan votes in a talent search on TV affords her to choose tomorrow's next big star. Since her admiration is also stamped with pity, blinded with altruism, she gives the aspiring star her all," shares Bucoy.

Bucoy also expressed her excitement over Domingo's portrayal of Bona, "I believe she has the stamina, range, and imagination for a physically and emotionally taxing role."