Monique Wilson and Leo Valdez topbill The King and I, a timeless Rodgers and Hammerstein classic 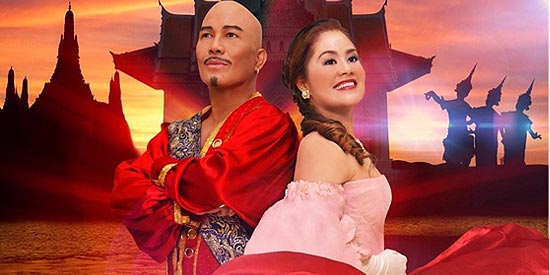 This September, the Newport Performing Arts Theater (NPAT) offers a Rodger and Hammerstein classic about heritage, culture and different facets of love.

The King and I is topbilled by veteran thespians Monique Wilson and Leo Valdez.

This third theatre offering of Resorts World Manila promises to captivate audiences with topnotch performances of its all-Filipino cast. The venue boasts of the biggest LED wall in Asia that aims to provide a dynamic backdrop and visuals to complement each scene.


Previous offerings of Resorts World Manila were the visual and musical spectacle Kaos and the longest running Filipino production of a Broadway musical, The Sound of Music.

THE KING AND I. This musical deals with the experiences of a British school teacher, Anna Leonowens (Monique), hired by King Mongkut of Siam (Leo) to tutor his children.

The relationship between the King and Anna is marked by personal disagreements and cultural differences through much of the play, as well as by a love that neither one recognizes at first nor expresses for some time.

With musical numbers backed by the Manila Philharmonic Orchestra and performances from the Philippine Ballet Theater, The King and I is directed by Freddie Santos.


Bo Cerrudo and Sheila Valderrama are alternating as the King and Anna, respectively.

100-PERCENT FILIPINO CAST. The King and I production in Manila is composed of an all-Filipino cast, which makes it exciting for front liners Monique Wilson and Leo Tavarro Valdez.

Another stellar member of the creative team is Rajo Laurel, one of the top fashion designers in the Philippines. He designed the stunning dresses of Anna and the royal costumes of the King of Siam.

Don’t miss the enthralling and moving story of The King and I, which features beloved songs such as “Getting to Know You,” “Hello Young Lovers,” and “Shall we Dance?”