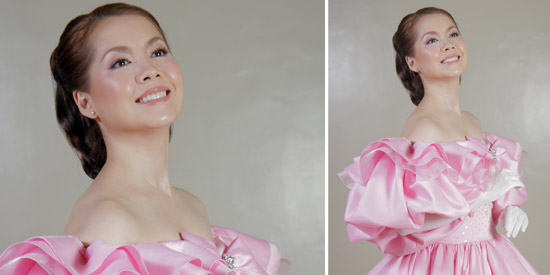 Shiela Valderrama-Martinez bagged the lead role in the forthcoming production of The King and I, to be staged at Resorts World’s Newport Performing Arts Theater starting September 15, 2012.

She will be playing the role of Anna Leonowens, the British schoolteacher hired by the King of Thailand in the 1860s as part of his dream to modernize his country. Internationally-acclaimed stage actor Leo Valdez plays the King.

The musical, composed by the award-winning songwriting tandem of Richard Rodgers and Oscar Hammerstein II, is best-known for its cheery tunes such as "Getting To Know You," "Hello, Young Lovers," and "I Have Dreamed." A movie version in 1956 allowed Yul Brynner to bag an Oscar Best Actor Award for his portrayal of the King.

A Broadway revival in 1996 starring Fil-American actor Lou Diamond Phillips also earned him a nomination. Lea Salonga was also part of a special recording of the musical released in 1992 with musical theater icon Julie Andrews.

Shiela, along with Lea Salonga, was among the three Filipinos cast in the Asian Tour of Broadway Asia’ production of Rogers & Hammerstein’s Cinderella. She was also part of Hong Kong Disneyland’s Original Opening Team performing three years in Disney Stage Shows The Golden Mickey’s playing the Cantonese speaking lead role “Bebe” and Tarzan Singer,” and was the first Asian to perform the role of “Nala” in the Disneyland Park Show, The Festival of The Lion King. She likewise appeared in several Disney Special Events performing with the Disneyland Orchestra.

Despite having paid her dues in previous musicals such as The Sound of Music, Sweet Charity, The Wedding Singer, 25th Annual Putnam County Spelling Bee and countless other local and foreign productions, Shiela had to contend with the stressful and nerve-wracking audition. “I just had to learn a specific song and learn a general blocking,” she is quoted as saying in a release. “But that always gives me that feeling of accomplishment once you bag it.”

Aside from sharing her role with Monique Wilson, what excites Shiela even more is being able to work for the first time with veteran stage actor Leo Valdez. “It’s very inspiring to be working with such a dynamic and seasoned performer,”

As part of their training, the cast underwent twice-a-week workshops last June, and is now in the thick of official rehearsals.

Shiela’s obsession with The King and I goes way back to her formative years. “I grew up watching it and listening to the songs,” she reminisces. “I think what fascinates me about the storyline was how they managed to reconcile the cultural differences between the East and the West.”

Among its numerous song and dance numbers, Shiela ranks ‘Shall We Dance’ as her favorite. “This is the scene where Anna teaches the King how to dance the polka,” she explains. “It’s fun but it will definitely be a challenge dancing the polka around the massive Newport stage.”

Fresh from her latest Sound of Music stint where she played the Baroness Elsa Schraeder, Shiela modestly brushes aside all the rave reviews. Asked to rate her own performance, she says, “I would like to say I held my own. I seemed to have pleased the people who came to watch and for as long as the audiences were entertained, I’m happy.”

Directing the musical is Freddie Santos, whom Shiela regards highly. “I was thrilled to find out he was directing because I’ve worked with him before,” she adds. “He keeps me motivated and creative. I’ve been enjoying our rehearsals immensely.”

Adding further excitement to her career is the impending release of her debut album under GMA Records, which features a collection of pop classics and torch favorites. She will also record a song for Jose Mari Chan’s upcoming Christmas album.