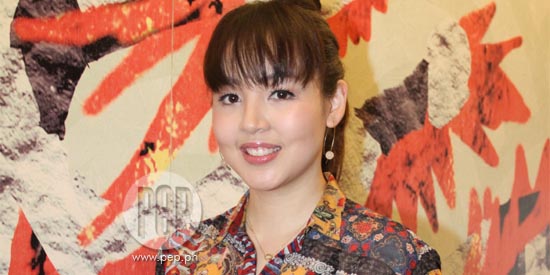 Cris Villonco’s eyes lit up as she talked about her first project with Philippine Educational Theater Association (PETA).

“It’s loosely based on Shakespeare but also focused on what happened during the golden era of Philippine Cinema,” she related to PEP.ph (Philippine Entertainment Portal) on February 6.

Cris continued, “Gusto niyang maging star. Silang magkambal ang gustong mag-artista pero in a shipwreck, siyempre naghiwalay sila tapos, all she wants now is to become a star to be able to… so that she can be… gusto niyang maging Nora.”

She deemed this role as another opportunity to showcase her versatility as a theater actress.

Having starred in over 20 plays, she’s well aware now of her strengths and limitations— like, she looks young for her age (she’s 29) and she’s too "maputi."

“You know, my greatest fear is typecasting. That’s what I’m afraid of— not being able to portray the roles I want to just because of how I look or who I am…”

She revealed losing some roles because “gusto nila celebrities,” but she’s not fretting that much because, “we learn from them, they learn from us, they also refer us to shows.”

And how did she deal with rejections?

But over the years, can she say that theater is now in a much better position?

“Pero, struggling pa rin kasi, mababa pa rin… It’s not something that you can make a decent living out of.”

But even if “mababa ang pay,” she’ll always love performing.

Cris exclaimed without any tinge of doubt, “Stage is my thing!”

And this October, after 20 years of being in the industry, she will launch her own theater company.

That, and possibly becoming a character actor on TV, make her eyes sparkle.