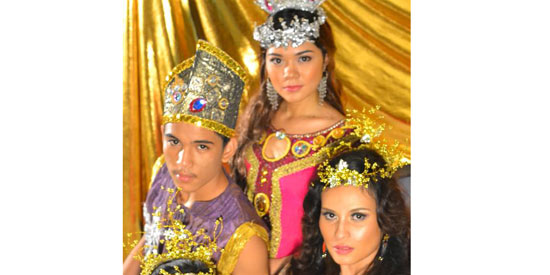 "Tween star BJ Forbes is Don Juan in the Gantimpala Theater classic, Ibong Adarna, under the direction of Roobak Valle and written by Ed Maranan.

“Doing the role is fun!” exclaims Forbes. “Don Juan is the youngest of the three dons. His inherent goodness and love for his family, these are the traits that I admire most about him.”

“Delivering the lines in old Tagalog and learning to dance folk, those are the major hindrances I encountered initially, but now, I am getting the hang of it,” the new Don Juan enthuses.

"In this korido made into a play, Forbes is the youngest don from the royal family of Berbania, Billy Parjan as Haring Fernando and Heidi Arima as Reyna Valeriana are his parents. The two elder dons are Gerry Oliva as Don Pedro and Noel Escondo and Kristian Chua as Don Diego.

“Every time I know there is rehearsal, I feel excited,” BJ shares. “My Gantimpala co-actors are so kind. It feels like they are family. They did not make me feel like I am a newbie. Every one is professional and disciplined.”

"He adds, “The play gave me the opportunity to appreciate more our literary heritage. All young people must watch it, and read the book, because they will learn so much.”

“I’m very excited,” Forbes’ eyes light up with the mention of performance time. “This is my first play with Gantimpala Theater. I feel I am making history here. Imagine, first time to audition with them, I passed. Now, we are rehearsing. Soon, we will be in performing in different venues, and they are big venues so, that means more people will get to watch us, just that thought, it pumps my adrenaline. I hope everybody will give their love to our play.”

"For tickets, block buying and sponsorships, call the Gantimpala Marketing Office at 998-5622/872-0261. Visit www.facebook.com/gantimpala. Follow us on twitter @gantimpala_tf." 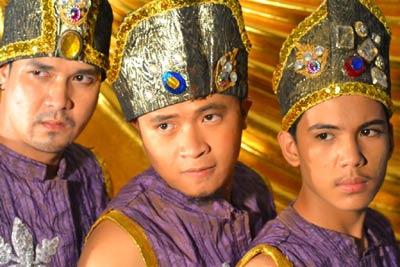