REVIEW: Trumpets’ The Bluebird of Happiness soars with flying colors 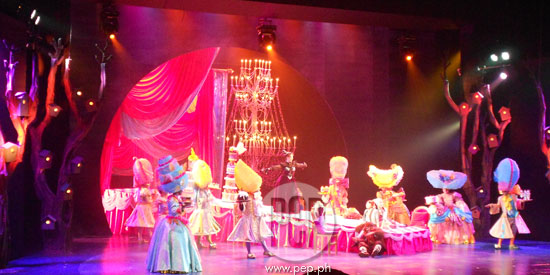 After a three-year break, Trumpets makes a powerful comeback with its original musical play, The Bluebird of Happiness

Just like its previous theatrical productions—such as The Little Mermaid; The Lion, The Witch and the Wardrobe; and Joseph the Dreamer—Trumpets’ latest play, The Bluebird of Happiness, is full of allegories that speak of moral values.

A press preview of the said play was staged last Thursday night, September 26, at the Meralco Theater.

The play can be likened to an animated Disney movie that springs to life with songs and melodies that are easy to listen to, and which will undoubtedly appeal to the young and young-at-heart.

The actors—from the lead stars to the supporting cast; from the elderly performers to the young ones—displayed such consistency and played their parts so skillfully to make the entire show engaging.

THE STORY. The Bluebird of Happiness is about two siblings, Mytyl (Alessa Zialcita/ChimmiKohchet-Chua) and Tyltyl (Anton Posadas/Guido Gatmaytan). They go on an extraordinary journey in search of the bluebird of happiness, a mythical creature believed to bring happiness to those who possess it.

The two kids are accompanied by the scheming cat Tylette (Lynn Sherman), their loyal dog Tylo (Robie Zialcita), and Light (Carla Guevarra-Laforteza) in this grand quest full of adventures.

However, they need to overcome Night (Joel Trinidad) who will stop at nothing to prevent Mytyl and Tyltyl from finding the bluebird.

PROS AND CONS. What is good about this play is that it is fast-paced, dynamic and has an easygoing appeal that should make it likable to young viewers—its main target audience. The songs are very catchy. The dialogues are designed for kids and even the humor is easily grasped.

For instance, in one scene, Night and Light are conversing. Night cracks a joke which Light doesn't get, which prompts Night to groan, “O, lighten up!”

However, there were a couple of songs that seemed a bit too long and repetitive, and felt dragging at a certain point.

But as a whole, the two-hour long play proved quite engrossing and entertaining.

For the press preview, a big part of the credit goes to the two kids—Zialcita and Gatmaytan—for being consistent with their performances all throughout the play.

The other characters were equally impressive and reliable in putting on a good show since they’re professional stage actors.

The production team successfully maximized the use of props and lights in transforming the stage into whatever each scene required. The team also made use of various elements to set up exactly the right mood needed for the scenes.

The dialogues were witty, devoid of unnecessary talk and speeches. Kudos also to Joel Trinidad (who is cast as Night) because even if he portrayed the main antagonist, he was able to make himself endearing through the use of humorous quips that lightened up the play's overall mood.

The Bluebird of Happiness, written and directed by Jaime del Mundo with music by Rony Fortrich, is a worthy comeback and passes with flying colors for Trumpets, headed by Audie Gemora.

The Bluebird of Happiness soars at the Meralco Theater, Ortigas Avenue, Pasig City from September 27 to October 20, 2013.