"Dogeaters" to be staged by Atlantis Productions 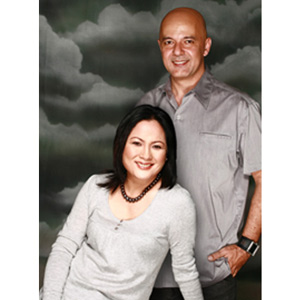 Former couple and two of our country's finest thespians, Michael de Mesa and Gina Alajar, reunite on stage for the Philippine staging of Jessica Hagedorn's Dogeaters. It runs until December 2 at the Carlos P. Romulo Auditorium, RCBC Plaza, Makati City.


Filled with rich characters from every level of the social ladder in the tropical city of Manila in 1982, Jessica Hagedorn's Dogeaters (based on her New York Times best selling novel) follows the fates of Rio, a young, movie-obsessed girl from an upper-middle-class family, and Joey, a poor, young Afro-Filipino hustler. Their coming of age stories are intertwined with the tales of generals, waiters, a soft-porn "bomba" star, the richest man in Manila, journalists, politicians, a revolutionary fugitive, a middle-aged drag queen, and even the First Lady of the Philippines.


Directed by Bobby Garcia, Dogeaters, which played at New York's Public Theatre in 2001 to rave reviews, tells the story of over 40 people (performed by 16 actors) during the tumultuous regime of President Ferdinand Marcos and his wife, Imelda.

Playwright Jessica Hagedorn will be in Manila for the premiere of the production, which she sees as a homecoming of sorts. Jessica was born and raised in Manila but during her teenage years, her mother decided to relocate to San Francisco, USA. The titled of her novel Dogeaters (1990) drew criticism since it refers to the derogatory term for Filipinos coined by Americans to make fun of the natives who often served up dogs the way one serves chickens and pigs. The Fil-Am poet, playwright, and screenwriter now resides in New York with her husband and two daughters.

Director Bobby Garcia says, "I first worked on Dogeaters in its first production at the La Jolla Playhouse in San Diego in 1998. Finally, after almost 10 years, Jessica's brilliant play makes its way to Manila. In many ways, the play comes full circle for Jessica and for myself. We have assembled one of the most accomplished casts on stage and it has been an honor to work with each and every one of them."