Face to face with the cast of Wicked 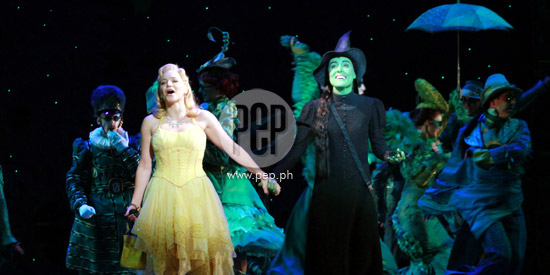 Wicked is the untold story of the Witches of Oz. Long before Dorothy dropped in, two other girls meet in the Land of Oz. One, born with emerald green skin, is smart, fiery and misunderstood. The other is beautiful, ambitious and very popular. Wicked tells the story of how these two unlikely friends grow to become the Wicked Witch of the West and Glinda the Good.For tickets to Wicked, call TicketWorld at Tel. No.

Barely a week after it previewed the stage design of Wicked at the Cultural Center of the Philippines’ main theater Tanghalang Nicanor Abelardo, the press watched the cast perform excerpts from the musical play.

Of particular interest was the twice repeated Act 1, Scene 14 – "One Short Day" (also the name of the song).

This is the part where Elphaba (played by Jemma Rix) utters to Glinda (played by Suzie Mathers) the memorable lines: “I want to remember this moment, always. Nobody's staring, nobody's pointing. For the first time I'm somewhere where I belong.”

In between the performances, James Cundall, CEO of Lunchbox Theatrical Productions, and Bernadette Hayes, general manager of Wicked Australasia, regaled media with the show's trivia and highlights.

JEMMA RIX. The tall, dark haired Jemma Rix first played the vocally challenging role of the green, wicked witch and outcast Elphaba in the condensed version of Wicked for Universal Studios in Japan.

She reprised the role in the play's first Australian Tour, which began in Brisbane on January 25, 2011 and ended in Perth on September 11, 2011.

That same year, she was nominated for a Helpmann Award for "Best Leading Actress in a Musical" for her portrayal as Elphaba. 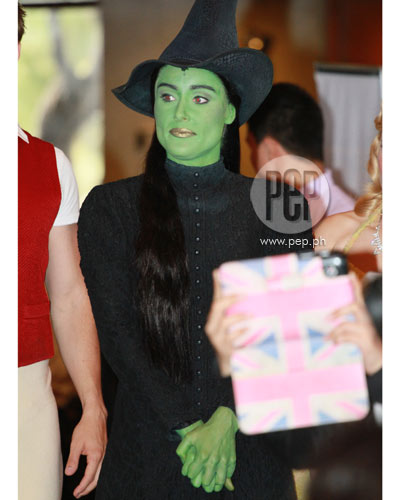 This is not her first trip to the Philippines as she had traveled to Cebu last August 2013 to support her husband Josh, a participant in the Cobra Energy Drink Ironman 70.3 Philippines triathlon.

She will continue to play the character during the 10th anniversary production of Wicked in Australia, which will start in Melbourne in May 2014.

SUZIE MATHERS. Born in Scotland but raised in Australia, the blonde Suzie Mathers made her mark in musical theatre in the Australian Premiere Season of Wicked in Melbourne, within weeks of obtaining a degree, Bachelor of Arts–Music Theatre, from the Western Australia Academy of the Performing Arts.

In 2009 at the Sydney Theatre Awards, she was nominated “Best Newcomer” for her role as Sophie Sheridan in the 10th anniversary Australian tour of Mamma Mia!

After a year of doing all things ABBA, she rejoined the Australian cast of Wicked as the “Midwife.” At the same time she was the understudy for the role of Glinda the Good and was able to perform the role on many occasions.

In Wicked's Asian tour, Suzie has taken over the role of Glinda full-time. This is her first time to visit the Philippines. 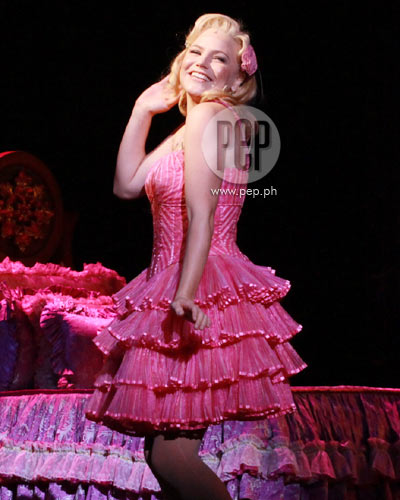 STEVE DANIELSEN. He plays Fiyero, an oddly tattooed boy transformed into a handsome Prince Charming-like character caught in a love triangle with the two witches.

A TV and movie screen actor (Queen of the Damned, The Hard Word, Offspring, Tangle), Steve is relatively a newcomer in the musical theatre stage.

Wicked, his third professional stage job and his first lead role "ever," is a bit of a dream come true for him, having first seen it on Broadway in 2008.

JAY LAGA'AIA. Born in New Zealand of Samoan descent,
the Australia-based actor and singer plays The Wizard, the leader of Oz, in Wicked.

On television, he played the role of Draco in several episodes of Xena: Warrior Princess.

Jay began his theatrical career in 1984 at the Cy Coleman Broadway musical Sweet Charity, which played at the famous Mercury Theatre in Auckland. He was Judas in the New Zealand stage production of Jesus Christ Superstar (1994); as MacHeath in the Threepenny Opera, and Mufasa in the celebrated Disney musical The Lion King (2003).

Lisa Leguillo will direct the stage adaptation based on the original direction by Joe Mantello.

The Philippine season of Wicked is produced by Marc Platt, David Stone, Universal Pictures, The Araca Group, Jon B. Platt, and John Frost.