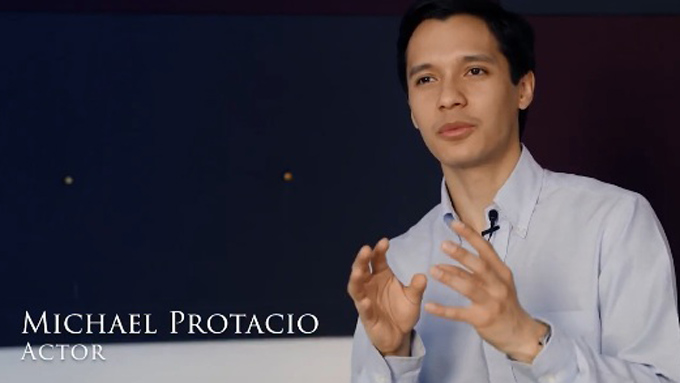 The new musical On This Side of the World is an anthology of musical scenes and monologues depicting the Filipino immigrant experience in the United States.

Conceived by Paulo K. Tirol, a Filipino now based in the U.S., the musical is his attempt to capture the stories and characters of the Filipino immigrants in America.

On This Side of the World has a limited run from May 2 to 12 at Access Theater in New York City.

Paulo K. Tirol immigrated to the States in 2012 and lived in Boston, Massachusetts, before settling down in New York City.

He explained how he came up with the idea during his time at New York University (NYU). He was taking up his Masters in Musical Theatre Writing at the university's Tisch School of the Arts on a full tuition scholarship.

"It's a community I'm part of and familiar with... Also it was something unique to me, something only I could write," he said in an article published by the Philippine Daily Inquirer.

Tirol tells their stories through musical scenes and moving monologues--tapping into the innate Filipino psyche, which according to a recent Gallup survey is emotional at its core.

The Gallup poll has shown that Filipinos are the most emotional and stressed people in the world in 2018.

Tirol also weaves in the tales and woes of the new immigrant children and those born into immigrant families.

He wrote and composed the ten songs from 2013-2017, performing individual songs in smaller NYC venues such as Joe's Pub, one of the six performance spaces in The Public Theater, the Laurie Beechman Theatre, an 80-seat dinner theater, and the National Alliance for Musical Theatre (NAMT) Festival of New Musicals.

But On This Side of the World really came to life when his collaborator, director Noam Shapiro, heard a performance of the song "Light of the Home" at Joe's Pub in New York and pushed Tirol for more material.

In the past, Tirol has served as musical director for works such as Reefer Madness, Drowsy Chaperone, and The Wedding Singer.

At that point, Tirol had already written songs but he wasn't sure if people would be interested in hearing them. It was Noam who convinced Tirol that depicting Filipino immigrant stories and the songs that the latter was writing were indeed worth telling and would be well received by audiences.

Shapiro pushed Tirol to craft the story of the Filipino immigrant through songs and a clearer story--something Tirol had been hesitating about.

Tirol recalled how he felt that the stories he wanted to tell were those that no one was interested in hearing.

But as Tirol realized while working on On This Side of the World, "The Filipino immigrant story is one of courage, sacrifice, searching for identity, struggling to belong, and ultimately, redefining home."

And for those of us who get to chat with our Filipino-American friends now sporting their new blue passports or staying with green cards, we know this to indeed be their real and present reality.

It really isn't all roses and sunflowers, we know.

Tirol wrote On This Side of the World in such a way that each story and song came across as a vignette or stand-alone. But as he described it, the whole anthology is one mosaic that features both love and loss, laughter and heartache, yearning and faith.

The two extremes effectively capture the journeys of our Filipino brothers and sisters, who, while living their American dreams, have left so much behind and enduring an unimaginable score more.

He explained how he mined the inspiration for On This Side of the World as he himself expanded his community of Filipino immigrants in the U.S.

This organic growth, of touching base with more and more Filipino Americans, all with different stories and background, gave Tirol the rich and inspiring material for his musical.

Tirol cast seasoned Filipino-Americans in the cast, naturally, among them: Albert Guerzon (actor, singer, dancer and songwriter who made his Broadway debut via Mamma Mia); Joanne Javien (actress and singer known for her ensemble role in the 2016 film Easter Mysteries and other Broadway musicals); Jaygee Macapugay (of Broadway School of Rock fame as well as an Off-Broadway Wild Goose Dreams); Diane Phelan (actress and director, from the Broadway piece The King and I and the Off-Broadway Here Lies Love), and Michael Protacio (singer, actor, and dancer from Carnegie Mellon's The Bat and with roles in NBC Universal and 20th Century Fox films).

Chances are, we all know of, are related to, or are friends with a Filipino American living in the United States of America. That someone could be a first generation or already second, even third generation Filipino-American.

The Filipino desire to pursue the American dream is not new and has been going on since the first wave all the way back to the 16th century, the 18th century and once again in the 20th century.

By 1917, some immigrants from Ilocano and Visayan origins came in, known as the manong generation. After World War II, and with the Philippines gaining independence from the United States, many of those who served as members of their military and navy became U.S. citizens.

The latest and fourth batch of immigrants began as far back as 1965 and continues to this day--a mix of nurses, other professionals, and those reuniting with family already in the U.S.

On This Side of the World is produced by Three Hares as part of the Access Association Series, with funds from Creative Engagement and the New York City Department of Cultural Affairs in partnership with the City Council and Lower Manhattan Cultural Council.

Read Next
Read More Stories About
On This Side of the World, musical, Paulo Tirol
Post a Comment
Featured
Latest Stories
Trending in Summit Media Network