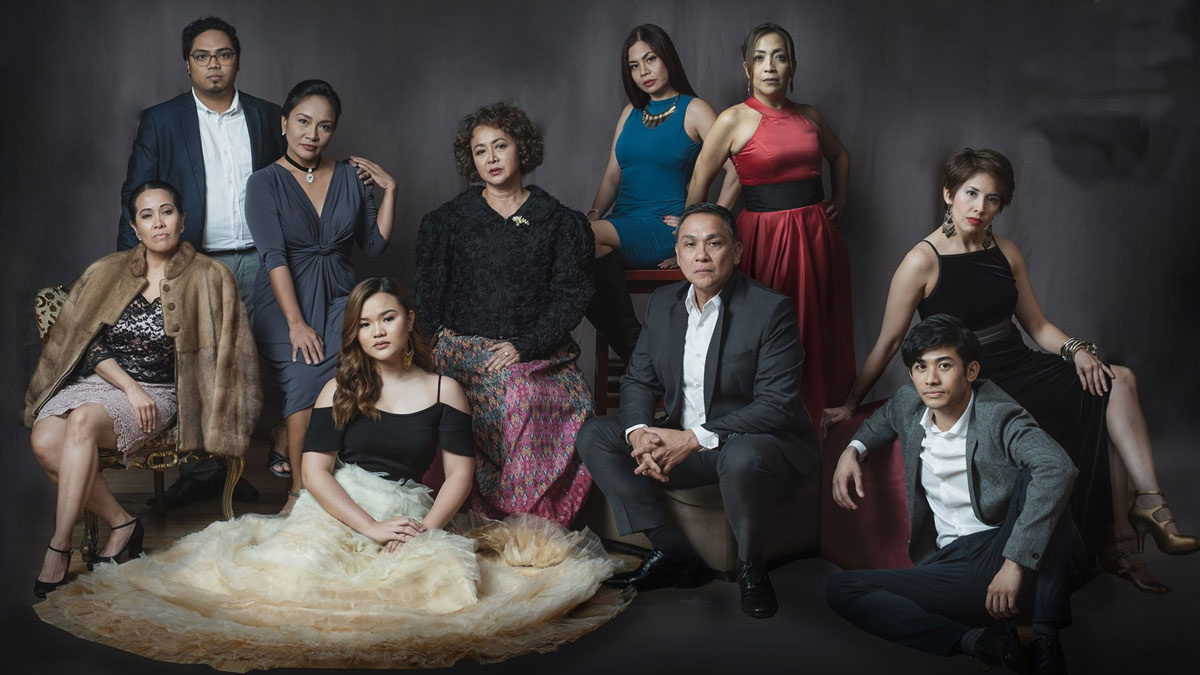 Shamaine and Nonie Buencamino, who headline the ongoing musical play, The Kundiman Party, at the PETA Theater in Quezon City, dedicate their show’s matinee this Saturday, June 1, to their late daughter Julia.

Julia took her life on July 7, 2015, or just two weeks before the six-month run of the ABS-CBN drama series, Oh My G!, ended.

The 15-year-old actress played the best friend of lead star Janella Salvador in Oh My G!

Unknown to her parents, Julia had been suffering from anxiety and depression since she was 12.

Shamaine and Nonie began in October 2015 the campaign they’ve called The Julia Buencamino Project to spread awareness on mental health and encourage children to open up about their problems.

The rerun at the PETA Theater opened last May 24 and will wrap up this Sunday, June 2.

Shamaine takes on the lead role of Maestra Adela, a classical singer who cut short her celebrated career in Italy to come home in the mid-1980s and make a stand in the fight for democracy.

At the musical’s press launch, the award-winning actress told PEP.ph (Philippine Entertainment Portal) that she and the rest of the production were “surprised and just so happy” with the public’s reception to their show.

She also shared her comments on artists who publicly express their opinions on political issues.

“When a public figure takes a stand, whether they are singers or celebrities or influencers, of course, there will always be different reactions—positive and negative—and each public figure should take it as a consequence for their being public figures,” she pointed out.

“But I guess public personalities should be allowed also to express their opinions.

“They should have the maturity to take the negative as well as the positive.

“Because there will always be positive and negative.”

She added that “we should not be afraid to be bashed, as long as we stand by our values and our opinions.

In dealing with people with differing beliefs and opinions, Shamaine has one solution.

She stressed that “we have to be more aware before we make a stand,” in trying to see why there are so many opposing stands.

The Kundiman Party’s story takes place in the present time, when Maestra Adela is already a 60-year-old retiree who hasn’t given a public performance in decades.

She happily leads a quiet life giving private lessons to a few students still interested in the seemingly forgotten art form that is the kundiman.

Fun-loving Tita Mitch is separated from her rich husband; straight-talking Tita Mayen organizes political rallies; and good-natured Tita Helen has put on hold her plans of joining her daughter in Canada.

Maestra Adela invites the Titas to her house for a kundiman party as they all listen to her current students sing along with her pianist Ludwig (Gabriel Paguirigan).

One of her current students is Antonette (Miah Canton), a millennial marketing employee, who has an avid suitor in the person of Bobby (Boo Gabunada).

Bobby describes himself as the black sheep in his estranged family headed by Senator Juancho Valderama (Nonie Buencamino).

When Bobby turns up one night at Maestra Adela’s house to pick up Antonette, he gets to meet the Titas and hear Antonette sing a kundiman.

He falls in love more with Antonette, and gets curious with the kundiman and the Maestra.

Conflict arises when he takes a video of Maestra Adela’s impassioned statements—on her art, bygone glory, past political involvement, and current state of mind—and shares it on social media.

Bobby’s succeeding actions turn the spotlight on the Maestra and her patriotism, as well as put her life—and the lives of people around her—in peril.

The Kundiman Party is a superbly written, directed, produced, and performed musical that entertains and inspires.

It makes the audience laugh to witty and topical one-liners and repartees, and appreciate kundiman music (Rica Nepomuceno as seasoned singer Melissa accomplishes both tasks).

It also makes the audience ponder not only on political but also on patriotic matters.

As Shamaine the actress put it in her PEP interview, “the play is not choosing sides.”

“It’s really trying to make the audience think, ‘Where do you stand as a Filipino? What can you do? What you should do? Something like that,” she explained.

“So it’s not trying to point a finger to someone… The kundiman is the soul of the play. It makes you fall in love with your country, with you being Filipino.”