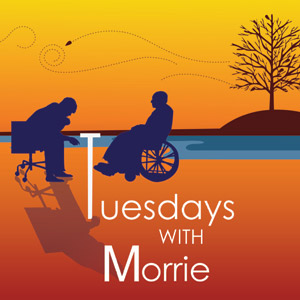 
Repertory Philippines welcomes the coming year with five plays, never before performed in the Philippines, and one Shakespeare production for 2008.

The regular season opens on January 11, 2008, with the heart-wrenching Tuesdays with Morrie, which is based on the best-selling novel by Mitch Albom, and written by Jeffrey Hatcher and Mitch Albom. The play brings back to the Repertory stage acting stalwarts Jose Marie Avellana and Bart Guingona, who will be together for the first time since their gripping performance in Woman in Black for REP many years ago. An excellent and entertaining script and the appearance of two of Manila's finest actors will make this a rare, not-to-be-missed production. It will be directed by REP's artistic director Ms. Baby Barredo.

The Bard comes on from February 1 to 17 with the production of Hamlet. The title role will be played by Niccolo Manahan, whose outstanding Shakespearean performances in the past include A Midsummer Night's Dream, The Merchant of Venice, The Taming of the Shrew and Love's Labours Lost.

The romantic comedy, Romance in D, opens on February 29 as a post-valentine offering. This charming, funny and feel-good script by James Sherman is about two lonely people in an apartment building, coping with their lives and their parents who are having a romance of their own. The play is directed by veteran actor and director Miguel Faustmann.

In Altar Boyz, five young men perform the roles of Matthew, Mark, Luke, Juan and Abraham in this hilarious, hip-hopping, and award-winning off-Broadway musical hit about a unique boy-band called Altar Boyz. With script by Kevin Del Aguila and music and lyrics by Gary Adler and Michael Patrick Walker, Altar Boyz goes onstage from April 4 to 27.

Season tickets for these four plays are now on sale at P1,800 and P1,200. Season-ticket holders, besides getting all four plays for the price of three, get other perks such as discounts for off-season productions and invitations to opening night and meet-the-cast receptions.

Disney's Mulan (Jr.) is the REP Children's Theater production for 2008. It will open on August 9 and run until December 18. RCT artistic director Joy Virata directs. The music and lyrics of Mulan (Jr.) were written by Matthew Wilder, David Zippel, Stephen Schwartz, Jeanine Tesori and Alexa Junge with music adapted, arranged and additional music and lyrics by Byran Louiselle. It is based on the popular Disney cartoon about a plucky young Chinese girl.

Capping the year will be a Christmas musical extravaganza, A Christmas Carol, with music by Alan Menken and lyrics by Lynn Ahrens and book by Mike Ockrent and Lynn Ahrens. This Menken-Ahrens version of the classic story by Charles Dickens was first shown at Madison Square Garden in New York City and was an annual presentation for 10 years. It will debut on the REP stage on November 14. This will top all the previous versions of A Christmas Carol, with its famous characters—Ebenezer Scrooge, Tiny Tim, Bob Crachitt and Ghosts of the Christmas Past, Present and Future—that REP has produced in the past. REP is pulling out all the stops for this one with live orchestral accompaniment.

All REP productions will be staged at the Onstage Theater in Greenbelt One, Makati City. Call 8870710 for information on REP's lineup of plays. Tickets are also available at Ticketworld (tel no. 8919999) For more information about Repertory Philippines, the plays, ticket prices, and how to purchase individual and season tickets, go to REPs website, www.repertory-philippines.com