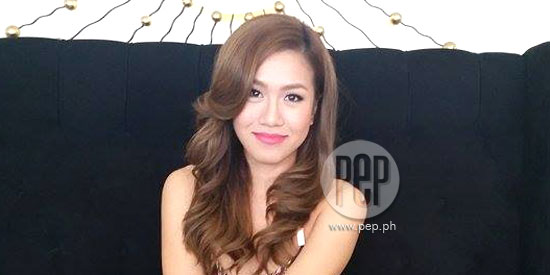 Rachelle Ann Go considers sharing the stage with Lea Salonga during the 25th anniversary gala celebration of Miss Saigon as her most memorable show in West End, London so far.

Lea played the original Kim during the first ever run of Miss Saigon in 1989, while Rachelle Ann portrays the role of Gigi in this year's revival of the said musical.

Aside from Lea, other original cast members of Miss Saigon who attended the gala included Simon Bowman and Jonathan Pryce.

(View photos: Miss Saigon past and present cast perform together in one stage)

MENTORS. Rachelle Ann further shared that she felt privileged because Lea made an effort to give her tips when they were rehearsing that much-applauded performance.

Rachelle Ann happily recalled that she was given the liberty to showcase her brand of singing for that special number.

“Before our rehearsal sinabi ng musical director sa akin, si Laurence Connor, this is not part of the show anymore. You have to treat this as a concert. So you can make some risks.

Incidentally, Rachelle Ann is being trained by Mary Hammond, who used to be the vocal coach of Lea as well.

Asked about what she learned so far, the young singer-actress said that she is more apt now in terms of her vocal “placement” technique.

Since she started performing as the head bar girl in Miss Saigon, Rachelle Ann said she has grown used to wearing her daring costume on stage.

She just can't wait to see how her family would react once they get to watch her show in London.

OPEN TO DOING OTHER PROJECTS IN LONDON. Rachelle Ann further shared that her stint with Miss Saigon is slated to end in May 2015.

But as early as now, the singer-actress as well as other cast members of the musical are being asked whether or not they want to stay for the next season.

As it is, auditions for new cast members have already started this month.

Rachelle Ann added that fellow Pinay and lead singer-actress Eva Noblezada has expressed her wish to play Kim once again for the next run of Miss Saigon.

For her part, Rachelle Ann has yet to make up her mind about it.

One thing's for sure though, Rachelle Ann is set on finding an agent in London, should the singer-actress opt to audition for other musicals.

“So, ngayon, nag-iisip ako kung maghahanap ba ako ng agent. Should I stay or should I go back home?”

At any rate, Rachelle Ann maintained that her roots will always be in the Philippines.