Beauty and the Beast to enthrall Pinoy audiences from January 9-25, 2015 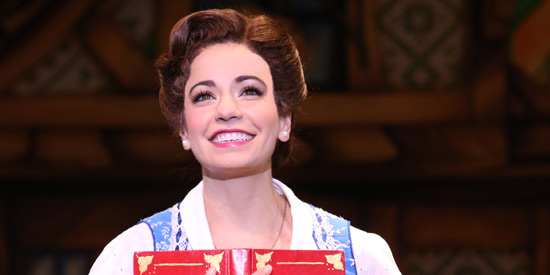 Disney’s Beauty and the Beast will be staged at the Cultural Center of the Philippines from January 9-25, 2015.

The hit Broadway musical that drew record audiences during the past 20 years with its wonderful songs and music, spectacular production, fabulous costumes and superb acting will awe and enthrall Filipino music and theater enthusiasts when Disney’s Beauty and the Beast is staged in Manila in January 2015.

The beautiful and timeless story of love and transformation behind one of the most-loved fairy tales of all time will hold fans spellbound when the original Broadway musical spectacular makes its debut on January 9-25, 2015 at the Main Theater (Nicanor Abelardo Hall) of the Cultural Center of the Philippines, Roxas Blvd., Pasay City.

Disney Theatrical Productions, NETworks, Broadway Entertainment Group are collaborating together with Ovation Productions in bringing to the country the Broadway musical as part of its ongoing 10-country first-ever international tour in celebration of its 20th anniversary on the stage.

After debuting in Istanbul (Turkey), the musical will play in Abu Dhabi (United Arab Emirates), Thessalonik (Greece), Trieste (Italy) and Milan (Italy) before heading to Manila (Philippines), Bangkok (Thailand), Singapore, Jakarta (Indonesia), Kazakhstan and, finally, Macau. This marks the first time this musical will be seen in these areas. 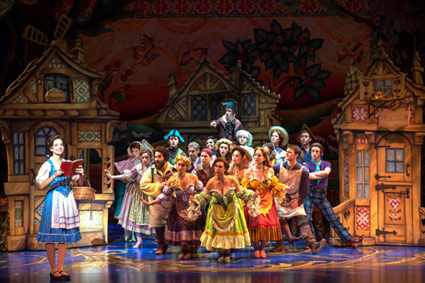 The selection of Manila as part of the musical’s international tour is in recognition of the Philippines’ stature as a promising area in mounting huge productions of live entertainments, according to Liz Coops, producer for Broadway Entertainment Group.

“The Philippines is today’s premier Asian market in theater production,” she said, “that’s why our team have decided to make Manila the first stop in the Asian leg of the international tour of Disney’s Beauty and the Beast.” 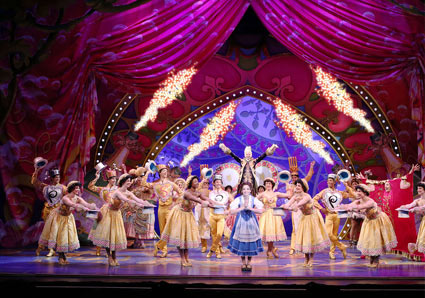 Renen de Guia of Ovation Productions, which is observing this year its 35th anniversary in music and entertainment promotion, expressed elation over the opportunity to handle the Manila staging of Beauty and the Beast, as he thanked Disney Theatrical Productions, NETworks and Broadway Entertainment Group for their trust and confidence in Ovation’s capability to mount the production.

“Beauty and the Beast is simply an incredible theatrical experience that will tug on everyone’s emotions,” De Guia said. “All the characters – from Lumiere, Gaston, Belle and the Beast – are spot on, captivating and brilliant in their roles.”

He added: “The stage props are fabulous and as are all the colorful and cheery costumes. The music, the songs, the choreography are spectacular. Everything about it is mystical and magical and fun for both children and adults. It will have you want to watch the musical every night.” 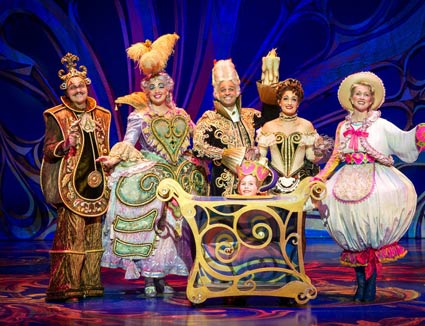 Beauty and the Beast is the classic tale of Belle, a young woman in a provincial town, and the Beast, who is really a young prince trapped in a spell placed by an enchantress. The story goes that if the Beast can learn to love and be loved in return, the curse will end and he will be transformed to his former self. But if the Beast does not learn his lesson soon, he and his household will be doomed forever.

The book is written by Linda Woolverton (screen writer of The Lion King, Alice In Wonderland and the upcoming The Maleficent).

Based on the 1991 Academy Award-winning animated feature film of the same title, Disney’s Beauty and the Beast premiered on Broadway in 1994. It was nominated for nine prestigious Tony Awards and ran for 13 years. It still ranks as one of the longest-running and highest-grossing Broadway shows of all time.

Disney’s Beauty and the Beast will be staged at the CCP Main Theater on January 9-25, 2015 at 8 pm with matinees at 2 pm on Saturdays and Sundays. It is presented by Disney Theatrical Productions, Inc., NETworks, Broadway Entertainment Group, MKFAE and Ovation Production.

They are available at Ticketworld outlets (Tel. No. 891-9999) and Ticketworld Online and at beautyandthebeast.com.ph and Facebook.com/beautyandbeastph. 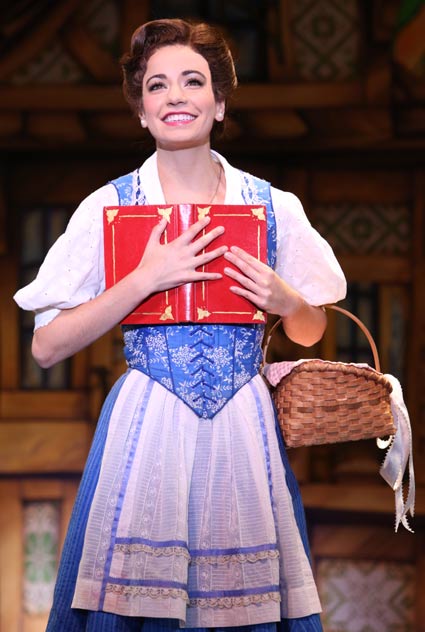