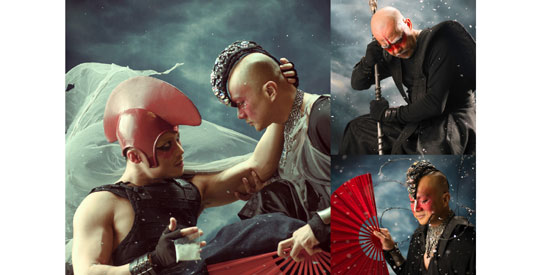 Every year, the Taipei National University of the Arts (TNUA) holds the Kuandu Arts Festival, an event that curates and features works of art from performances, exhibitions, to installations from different nations across the world. This year’s festival held last October 10 to 12 showcased a Filipino-produced play, Haring Lear, Bienvenido Lumbera’s adaptation of Shakespeare’s King Lear produced by Philippine Educational Theater Association (PETA).

Charged with the vision of theater stalwart, director Nonon Padilla and stellar production design by Gino Ramirez, it comes as no surprise that Haring Lear garnered incredible reviews from its international audience.

“Lear is a play for the ages. It is a play for a thousand years, or any greater number that you can imagine.” these are words from the artistic director of Mabou Mines, New York, Terry O’Reilly. “Theater is ephemeral but so is life and these performances become emotionally indelible; by turns terrifying and hot welded to our humanity.”


He highlights the performances of Juliene Mendoza (as Kent), Myke Salomon (as Egar), and Jay Gonzaga (as Edmund), likening their portrayals to “a knife cutting through the thick fabric of society.”

Randy Finch, Hollywood producer and associate professor of TNUA, shares the same sentiments as O’Reilly’s saying that, “[Haring Lear] An exhilarating production. Sentiment and compromise have been scoured away in this unforgettable and deeply relevant production. As in our world, a storm rages in Haring Lear threatening all that is human and good (in favor of vanity and greed). Welcome to the blasted life to come. The characters that (momentarily) prosper are shrewd and cold-blooded, but they’re doomed too. Fearless actors and inspired design choices coalesce into a landmark production of Shakespeare’s relentless tragedy: Haring Lear resonates long after the curtain falls.”

Definitely a feast to behold, Haring Lear has given a face to Philippine theater in the realm of international arts. With several other original productions popping up at present, this seems to be just the beginning of a more colorful and artful theater industry in the Philippines.

For more information on Haring Lear and other PETA performances, interested viewers may visit the PETA website at www.petatheater.com or contact the office at Tel. No. 725-6244 or petatheater@gmail.com