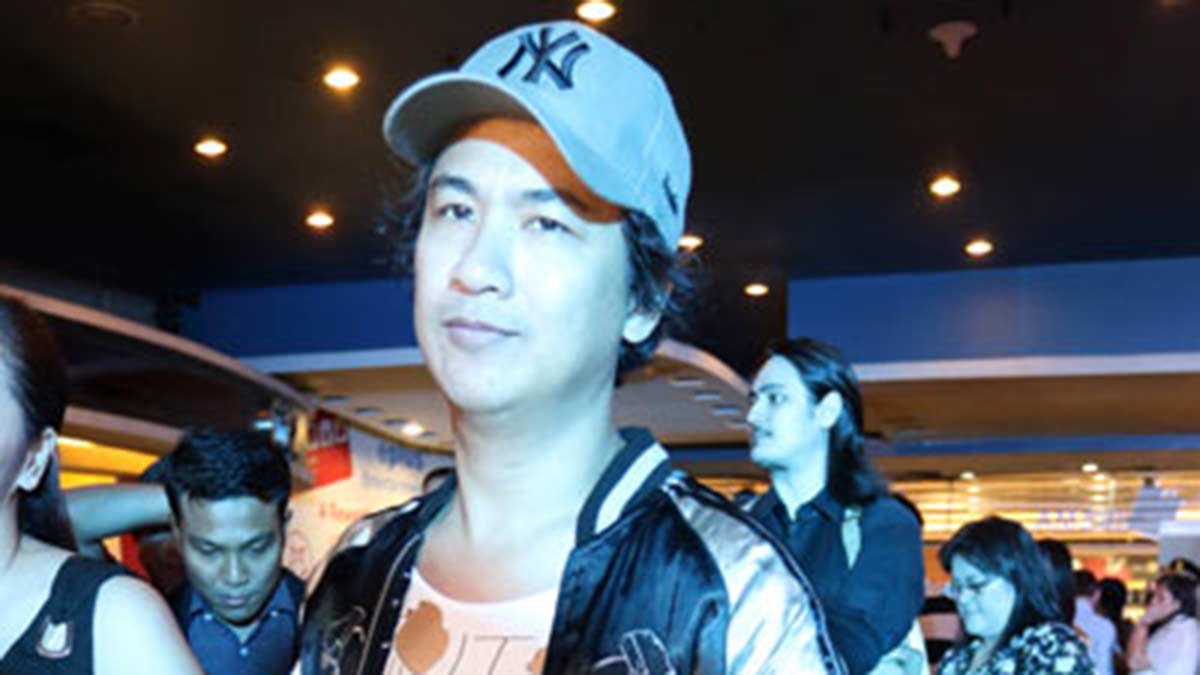 Eraserheads vocalist Ely Buendia on alleged rip-off of Ang Huling El Bimbo The Musical's arrangement by The Pop Stage winner CJ Villavicencio: "It is disheartening that there is still a culture out there, not just in entertainment, that somehow makes it okay to take credit, and be rewarded, for someone else's work."
PHOTO/S: PEP Files

Eraserheads vocalist Ely Buendia and musical director Myke Salomon have been making noise, alleging that their arrangement of their song Ang Huling El Bimbo was copied without their permission.

Myke, the musical director of Ang Huling El Bimbo, called out CJ Villavicencio, the winner of the online singing competition The Pop Stage.

Hosted by Matteo Guidicelli, CJ won the grand prize of PHP1 million and a contract with VIVA Artists Agency for his final performance: a music video featuring a medley of Eraserheads’ songs. His victory was announced on Sunday, August 2.

Myke tweeted, “A guy copied/ripped-off our musical arrangements for #AngHulingElbimboMusical (musical treatment, concept) without permission won in that pop stage contest for his final round. He won 1million and an artist contract. I feel bad for the other contestants. (thumbs down emoji)

“And para sa mga productions and judges. You are judging concept and originality. You tolerate ripping off.”

The criteria for judging the contestants were: Creativity and Originality- 40%, Quality of Performance- 40%, and Entertainment Value- 20%.

On August 3, 2020, Ely said he was also disheartened by the alleged plagiarism incident.

Ely pointedly said he found it “disheartening” that there is a “culture out there that somehow makes it okay to take credit and be rewarded for someone else’s work.”

In the end, Ely wished that this issue of plagiarism will be resolved soon, and “credit is given to those who deserve it.”

He praised particularly the Reserve Officer Training Corps (ROTC) concept of “Pare Ko” that was featured in Ang Huling El Bimbo as the “most striking and original renditions.”

Ely wrote, “AHEB’S ROTC Pare Ko was by far, among all the brilliant arrangements and choreography in the show, the most striking and original renditions I had witnessed and enjoyed during its original run, and easily became my favorite. It took something old and was INSPIRED to make it NEW and FRESH. Therein lies the difference.

“Which is why it is disheartening that there is still a culture out there, not just in entertainment, that somehow makes it okay to take credit, and be rewarded, for someone else’s work.

“I am disappointed for all the AHEB crew because I know for a fact that they poured all their hearts and souls into creating something that was true to the material and their craft. In our day to day struggles against this oppressive life, the temptation is always there to take the fast route, the shortcut, the easy way to success. But we are human. I hope this matter is resolved soon and credit is given to those who deserve it.”

Ely’s post showed a video of theater actor Jef Flores, who compared the music video and arrangement of CJ’s finale piece with the musical numbers of Ang Huling El Bimbo.

Jef noted that when CJ reposted the video of his finale piece on Facebook last July 27, the latter did not mention Ang Huling El Bimbo.

“I’m so happy to conceptualize, write, and co-direct this performance. The struggles and victories of my 14-yr old dream are compressed into 5 minutes and 35 seconds – let me share it with you.

On July 31, The post was edited, and mentioned Ang Huling El Bimbo after the credits.

CJ wrote, “Thank you, Ang Huling El Bimbo: The Musical for inspiring me to do this piece.”

According to Jef’s video, CJ was called out by Jun Bartolome, an industry practitioner, on Facebook.

Jun said CJ’s arrangement was a “total rip-off of Ang Huling El Bimbo – the musical, from the musical arrangements to the choreography.”

He also underlined, “THIS IS NOT AN ORIGINAL WORK.”

At press time, CJ's music video is no longer shown on The Pop Stage’s Facebook page.

His post remains on his account, but since he reposted the video published on The Pop Stage, the video can no longer be played.

PEP.ph (Philippine Entertainment Portal) has left a message to CJ and The Pop Stage’s Facebook accounts, and asked for their side of the story.

CJ and the producers of The Pop Stage have yet to issue their statements.