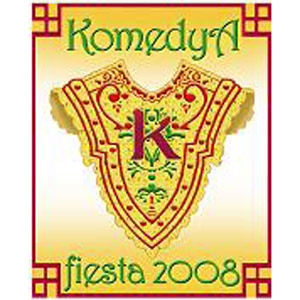 Marching bands, higantes, stilt walkers and jugglers will take part in the February 1 opening parade of Komedya Fiesta 2008. The month-long festival in UP Diliman aims to raise awareness and appreciation for the centuries-old colorful theater genre.

A national festival that aims to revive the centuries-old theater form called komedya will take place at the University of the Philippines-Diliman in time for the state university's centennial celebration.

The UP Office of the Chancellor through the College of Arts and Letters , in cooperation with the Office for Initiatives in Culture and the Arts, and with the support of the National Commission for Culture and the Arts, presents Komedya Fiesta 2008: First National Festival from February 1 to 29, 2008 at the Amphitheater of UP Diliman.

The Fiesta which will be held every Friday of February aims to create awareness and better appreciation of the komedya through performances, an exhibition, a conference, workshop, and colloquium. These activities will offer scholars, cultural researchers, artists and production teams opportunity to discuss issues around the centuries-old theater tradition.

On February 1, there will be an opening parade at the UP Academic Oval featuring komedya groups from Visayas, Mindanao and Northern Luzon.

The komedya was popular in the Philippines until the 19th century, spreading to different regions. It is also referred to as moro-moro by the Tagalogs and Ilokanos, linambay by the Cebuanos, morosmoros by the Ilonggos, and palo-palo by the Ivatans, is still performed to this very day in several regions of the country. It is one of the traditional theater genres that is fully developed and that dominated Philippine theater for over 300 years. The Komedya Fiesta 2008 seeks to celebrate the komedya as a significant legacy in the continuing history of Philippine Theater.