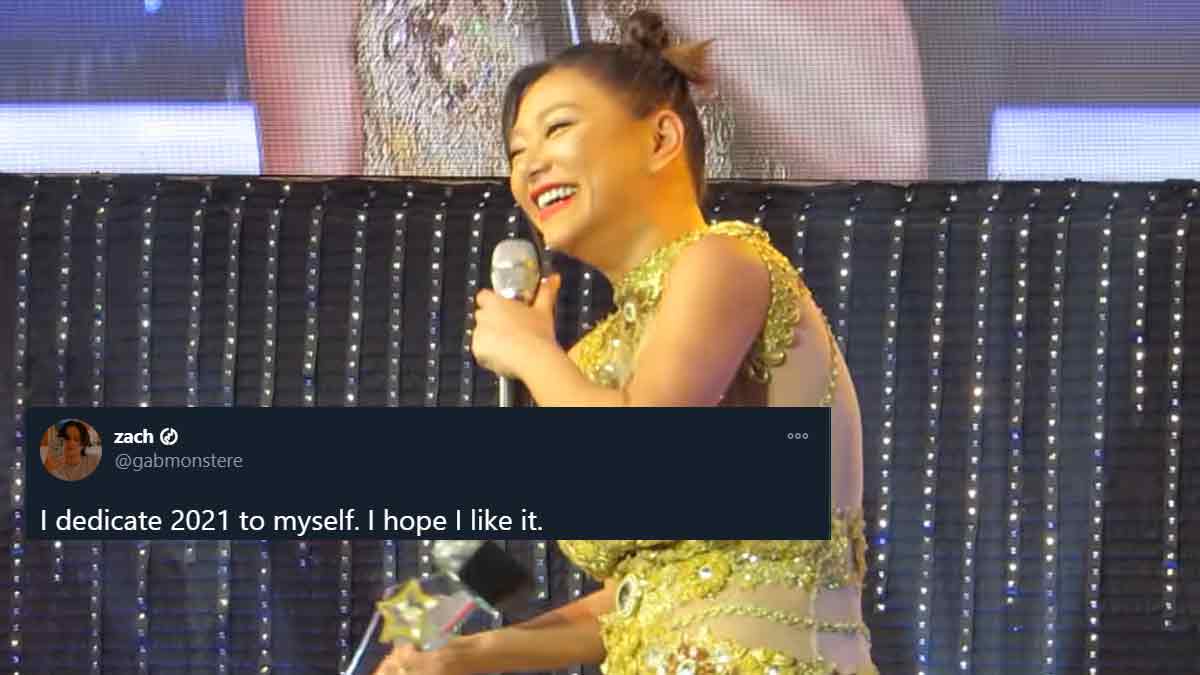 The Internet loves quoting celebrities who are witty and sassy, with netizens going to town immortalizing their punchy lines as memes online.

In local showbiz, actress-comedienne Rufa Mae Quinto was the first celebrity meme at the start of the year 2021—and she trended twice!

The first meme she posted on January 1 was a throwback to an acceptance speech the actress gave at the PMPC Star Awards in 2018.

She made everyone laugh at the ceremony with her signature comedic style when she won the Best Comedy Actress award for her work in the ABS-CBN sitcom Home Sweetie Home.

She started her speech with a twist to her popular catchphrase: "Yeeeees, let's go, go, go for the gold!"

What sent the audience in stitches was at the end of her speech when she said while holding up her trophy, "I dedicate this to myself. Hope I like it!"

A netizen welcomed the new year paraphrasing Rufa Mae's victory line. He tweeted: "I dedicate 2021 to myself. I hope I like it."

The second Rufa Mae meme on Twitter nearly had showbiz fans fooled with an edited graduation photo of the actress.

If you're familiar with Rufa Mae's movies, you would know the comedienne did make a commentary on capitalism in Status: Single, which was released in 2009.

It wasn't the first time Rufa Mae and the movie Status: Single became a trending meme.

A more popular scene from the movie showed Rufa Mae's character at a restaurant talking to two female friends about being single forever.

Rufa Mae reposted both memes on Instagram and good-humoredly made fun of them: "Thanks mga ka Twitter , for dedicating this to myself . Year 2021 , I hope I like it! Friend fans family .... Fff hooray"