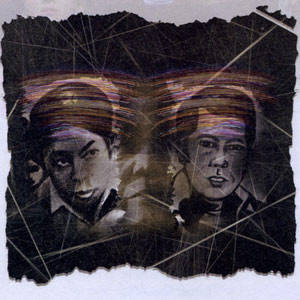 
The rock musical EJ: Ang Pinagdaanang Buhay nina Evelio Javier at Edgar Jopson opens on February 15, at the Tanghalang Aurelio Tolentino (Little Theater) of the Cultural Center of the Philippines.

Written by Palanca Hall of Famer Ed Maranan with songs and music by The Dawn, EJ stars Ricky Davao as Evelio Javier and Jett Pangan as Edgar "Edjop" Jopson, two men who rocked a nation during the turbulent years of the Marcos regime.

Described by its director Chris Millado as a "rock memoriam, " EJ outlines the beginnings of social consciousness in the early lives of Evelio and Edjop Jopson, to their contrasting reactions to the turmoil in Philippine society, and their eventual violent deaths.

Edjop made headlines as the President of the National Union of Students of the Philippines at the time when Martial Law was declared, while Evelio is best known as the crusading governor of the province of Antique who refused to be co-opted by the ruling party and its minions.

Though Evelio and Edjop never met in real life, EJ puts them face-to-face in an imagined debate, with Evelio taking the side of enlightened reformist politics as the way forward for the country, and Edjop believing in violent struggle due to the futility of reforms in the political culture and class structure of Filipino society.

"Evelio and Edjop can be likened to rock stars of their time, and what better way to present their lives to contemporary audiences than through rock music," says Chris Millado.

The Dawn, one of the most enduring bands in the country, provides the music for EJ, a challenge the band members took up willingly. Aside from hearing original music composed specifically for the play, audiences can look forward to some of the band's more popular tunes, including "Talaga Naman", "Alam Ko, Alam Niyo", "Abot Kamay", "Dreams" and other favorites. The band will perform live in selected performances.

Others in the cast of EJ: Ang Pinagdaanang Buhay nina Evelio Javier at Edgar Jopson are Rody Vera, Juliene Mendoza, Stella Cañete, Tex Ordoñez, Mayen Estañero, Wenah Nagales, Bong Cabrera, Nar Cabico and the Tanghalang Pilipino Actors Company. It will run for four weekends from February 15 to March 9, with 8 pm shows on Fridays to Sundays and 3 pm matinees on Saturdays and Sundays.

EJ: Ang Pinagdaanang Buhay nina Evelio Javier at Edgar Jopson completes Tanghalang Pilipino 21st Theater Season and is presented in cooperation with the Cultural Center of the Philippines and the National Commission for Culture and the Arts, with the support of the Evelio B. Javier Foundation.