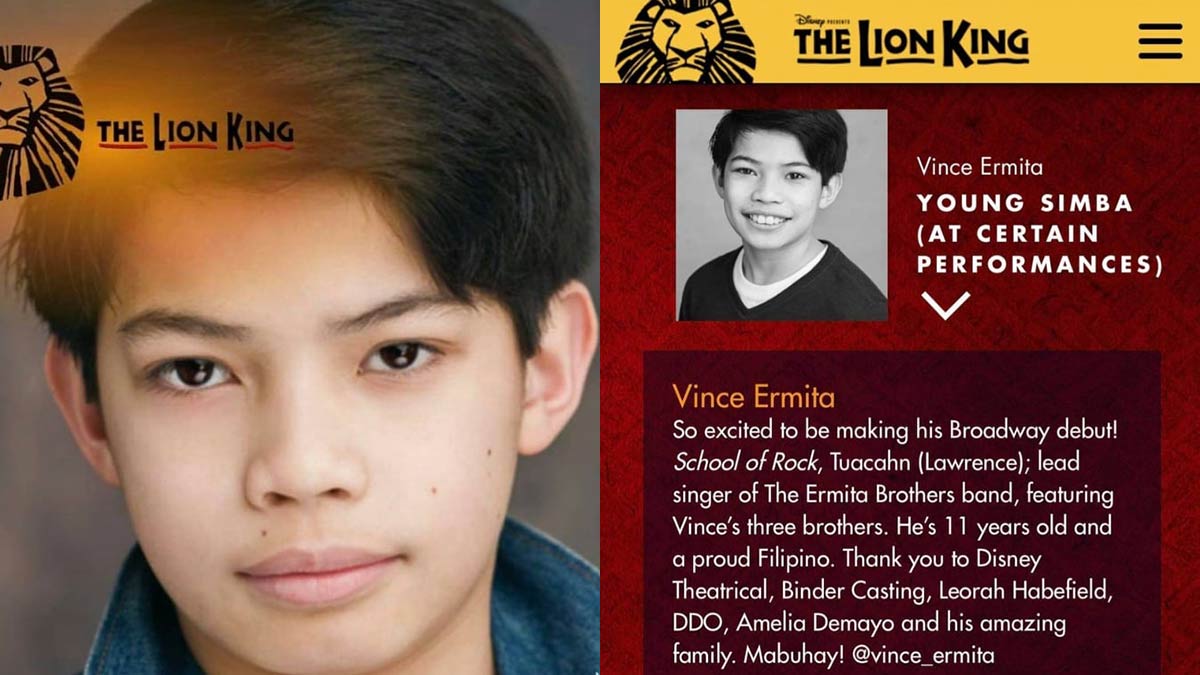 "He actually auditioned when he was nine years old. Out of 3,000 kids, he made it to Top 7. But at that time, he was too small for the role and only four got picked.

"Unfortunately, those who made it didn’t finish nor performed the play and outgrew the role because of the COVID-19 pandemic.

"This time that Broadway is reopening, he was actually starring already in a regional musical in Utah when the audition for The Lion King happened," kuwento ni Anne tungkol sa The Lion King audition na pinagdaanan noon ni Vince.

"This was his dream role so he asked his manager Leorah Haberfield if he can audition again.

"All submissions this time were virtual because of COVID-19. He did it in his hotel room in St. George, Utah.

"With the help of his voice teachers Amelia Demayo, acting coach Ethan Haberfield, dance coach Janine Molinari, his agent Mallory and Leorah, he made it."

"His agent Ddo Kids Artist Agency got a call back right away after his audition.

"His audition was 1 p.m. and we got a call at around 5 p.m. that he was going to Broadway.

"They couldn’t reach him at that time because he was doing rehearsals until like 10 p.m. for School of Rock, so his agent and manager waited for five hours to tell him.

"He was screaming and almost couldn’t believe it." 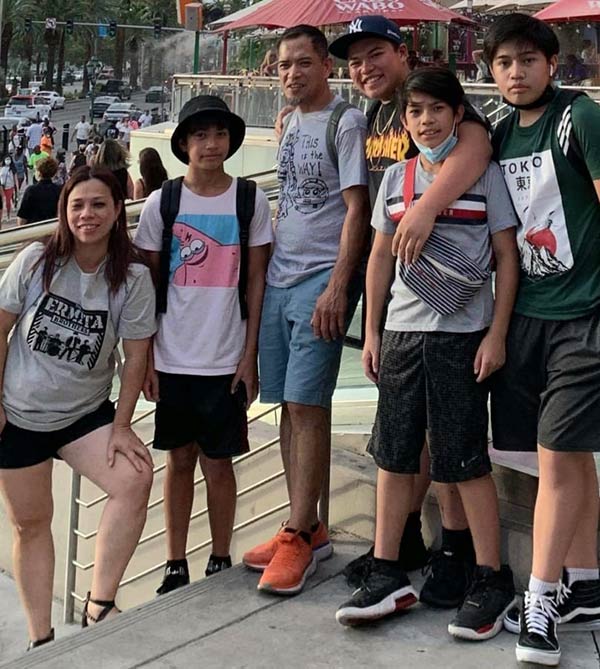 Kuwento ni Anne, "His grandpa was his babysitter here in the U.S. His lolo would carry him while cooking and sing at the same time.

"He formed a band with his brothers, The Ermita Brothers Band, when he was seven years old. He was the lead vocalist.

"They play multiple instruments including strings like violin, cello, and viola." 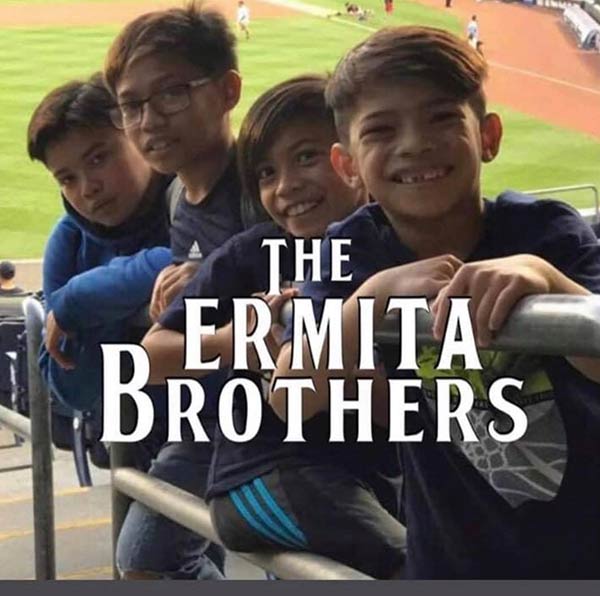