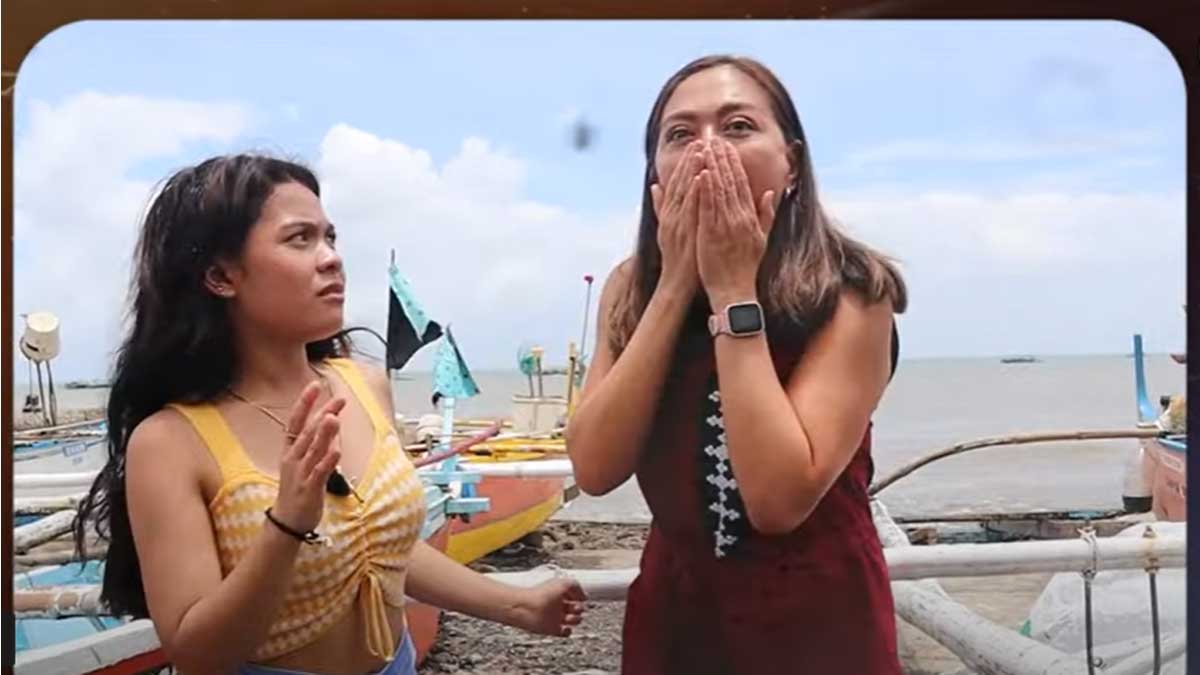 Now viral again, Lyca Gairanod, dumbstruck, and Karen Davila, freaking out. This was way back in August when both learned they have the same birth date, November 21.
PHOTO/S: Screen Grab from OG Channel

So when she went viral on the internet and social media because of her interview with singer and fellow YouTube content creator Lyca Gairanod, she couldn’t believe it.

She said in conversation with Summit OG, “I’ll be viral, but it’s because of a question I asked or how I did an interview.

To recall, Karen and Lyca broke the internet in August this year for the way they reacted after discovering they have the same birth date.

Lyca was dumbstruck while Karen freaked out.

Karen recounted, “When you interview people, you just ask them things.

"I asked her, ‘When’s your birthday?’ And when she said November 21, I was just in shock.”

A few people thought it was scripted, but both assured it was not.

"I’m what they call ‘eksaherada.’ It’s just how I am. I’m hyper as a person. I’m energetic.

"In the rawness of it is tuwang-tuwang tuwa ako,” the newscaster said. “I mean, how many people do I meet na pareho kami ng birthday?”

Now, everyone is excited for the big day.

Karen recalled what she said during the now viral interview, “I really felt, pakain ko yun. That we should celebrate together."

Curious about their plans for on their birthdays?

We are now on Quento! Download the app to enjoy more articles and videos from PEP.ph and other Summit Media websites.
Read Next
Read More Stories About
Lyca Gairanod, Karen Davila, OGChannel
Post a Comment
Featured
Latest Stories
Trending in Summit Media Network