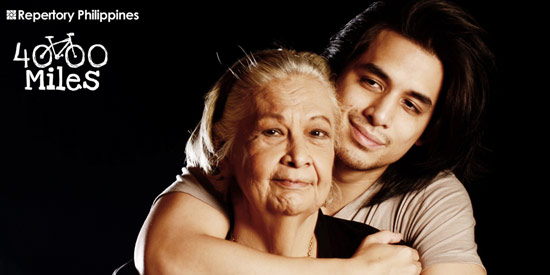 The Repertory of the Philippines, in one of its initial offerings this year, brings the universally-acclaimed and award-winning stage play 4,000 Miles to Filipino audiences.

The story revolves around the unconventional dynamic between an aging woman and her grandson, who recently experienced a major loss in his life biking around the United States before suddenly deciding to stop by his grandmother’s West Village apartment to seek comfort.

“This is really about someone who is at that point in her life that her body has given up on her and all that she is at this point is a fount of wisdom. At the other end of the spectrum is a man who is about to begin his life, who is lost in so many ways. Between them, there are 4,000 miles of experience and wisdom,” Guingona said.

Guingona added that though the play is set in the United States, the values espoused in the story is a universal one. Aside from this, he is proud to say that 4,000 Miles is one of the best written plays he has handled in a long time. He said that the play veers away from unnecessary histrionics and high-drama and instead focuses on a more quiet approach to push its message across to the audience.

Caisa Borromeo and Cara Barredo will also join the cast as Bec and Amanda, respectively.

In its various runs across America, 4,000 Miles has received praise for its story. It has been heralded as the Best New Play by the Obie Awards in 2012 and was a Finalist for the prestigious Pulitzer Prize. Amy Herzog was also recognized as an outstanding playwright by the New York Times. 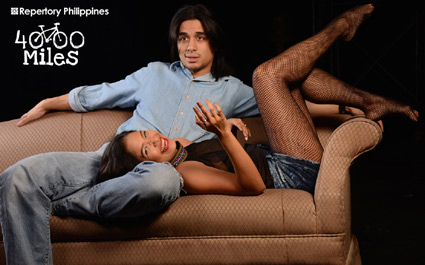