10 things that were banned in the Philippines during Martial Law 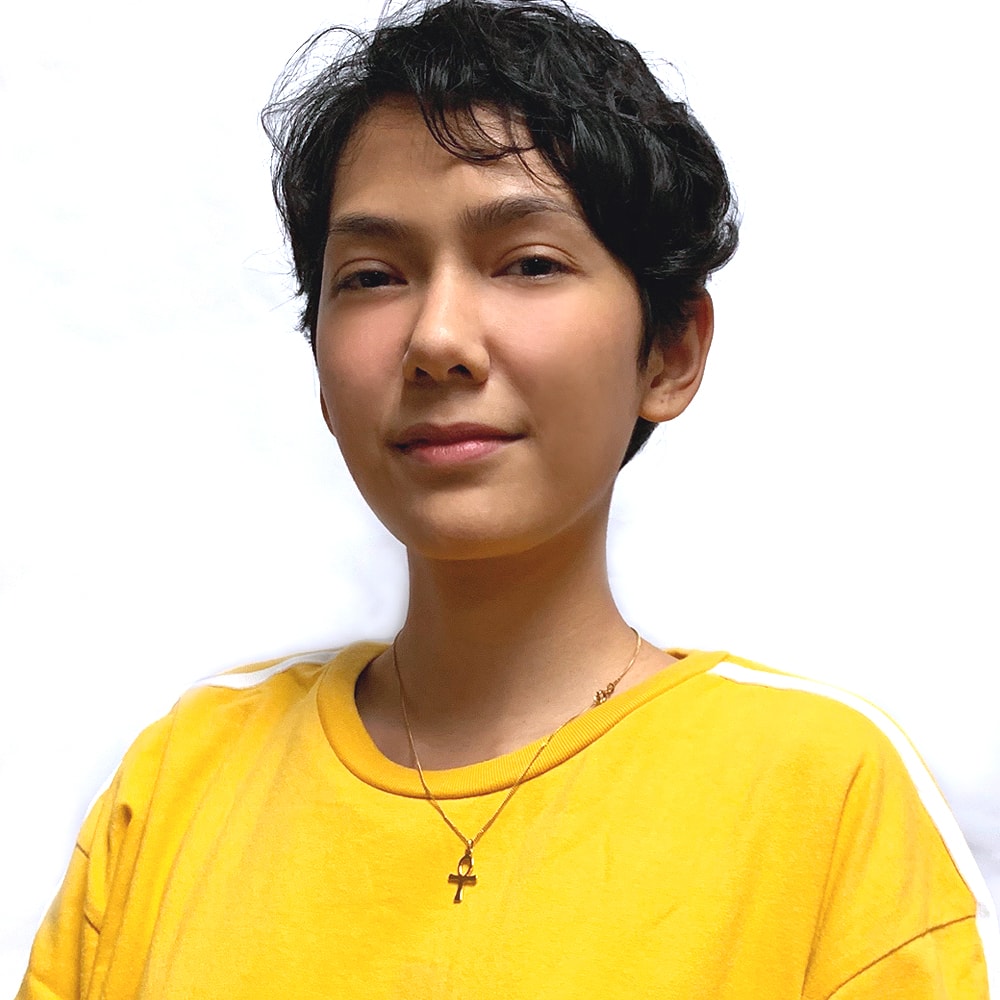 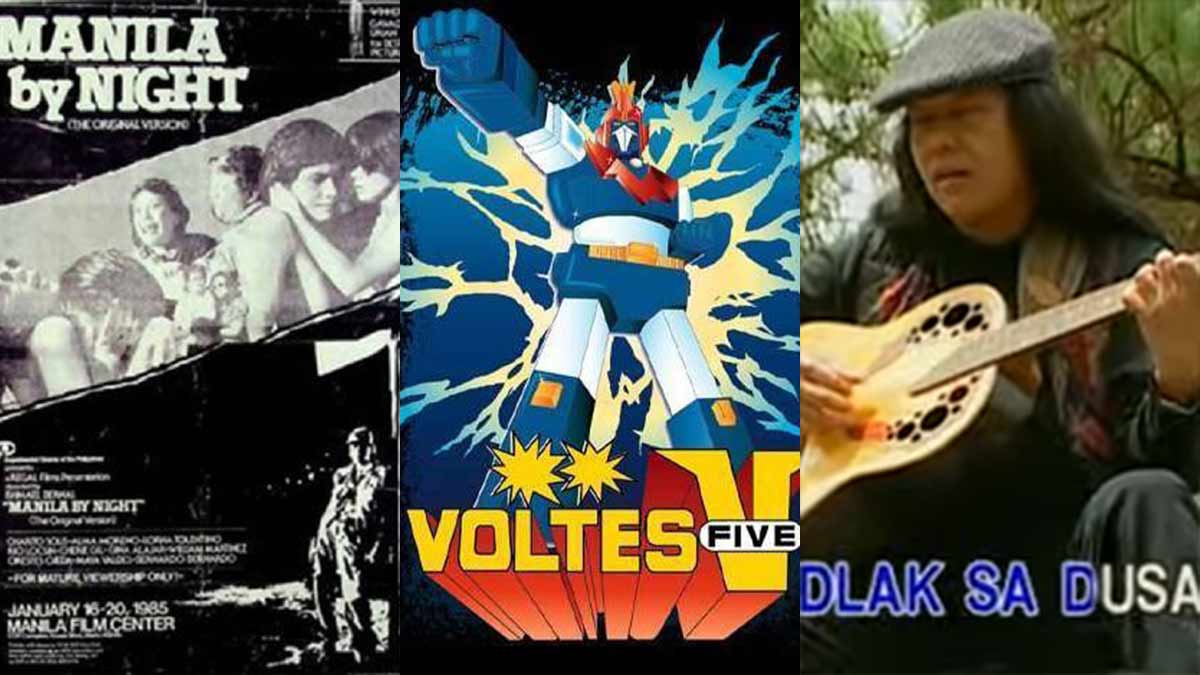 Did you know that the movie Manila By Night, the Japanese anime Voltes V, and the song "Bayan Ko" were banned during the martial law?
PHOTO/S: Video 48 / Voltes V / Bayan Ko

(SPOT.ph) It has been decades since the fraught years of Martial Law under Ferdinand Marcos.

The stories from this time have made their way through generations, oftentimes told from differing perspectives, different sides.

While censorship was common practice during the Marcos regime, it almost makes sense that even today the narratives continue to shift and change.

Here, we take a look at the songs, books, even toys that were banned or censored under the so-called conjugal dictatorship.

Did you know these things were banned or censored under the Ferdinand Marcos regime?

The Oblation Run is a well-known annual event organized by the Alpha Phi Omega fraternity at the University of the Philippines' Diliman campus.

Despite the usual fun fanfare the bare-naked boys get, this tradition first started as a form of rebellion during Martial Law.

The Alpha Phi Omega (APO) brothers had decided to hold a screening of the 1977 film Hubad Na Bayani, which tackles the peasant uprisings of the '30s and their revolt against the government.

The movie was barred by the administration and the fraternity decided to answer back by having two brothers streak in front of Palma Hall in September 1977, "naked heroes of a defiant university under Martial Law," APO told GMA News.

At a time when Imelda Marcos was doing her best to make the nation's capital appear "true, good, and beautiful," Ishmael Bernal's movie depicted everything she was trying to hide.

The controversial multi-narrative film followed several people making their way through the underbelly of the city, exposing the grit and dirt of Manila in real life.

The movie was banned from local theaters for a time but Bernal was able to move past the barriers.

Still, his film was heavily censored-even going so far as having all mentions of Manila removed (hence the alternate title City After Dark)—before it was allowed to be brought overseas.

The Untold Story of Imelda Marcos by Carmen Navarro Pedrosa

This controversial biography of Imelda Marcos by journalist Carmen Navarro Pedrosa was supposed to have hit bookstore shelves in 1969.

Pedrosa had pieced together information on the life of Imelda and the First Lady's supposed rags-to-riches story and published the unauthorized biography in 1970.

It failed to make it in bookstores amid a pushback from the government and was outright banned when Martial Law came into effect in 1972.

The Philippine Press Under Siege

Though these two volumes first published in 1984 and 1985 were not banned per se, they do contain stories and press reports from the Martial Law era that "show the kind of 'dangerous writing' that has brought about the forced resignation, firing, blacklisting, arrest or detention of journalists, the padlocking or sequestering of a newspaper's printing plant and equipment, and the filing of multimillion-peso libel suits or subversive charges against writers, editors, and publishers," according to the book's introduction.

The combined volumes have over 60 articles that include reportage on Ferdinand Marcos, the military, election fraud, the assassination of Ninoy Aquino, and more.

The Conjugal Dictatorship by Primitivo Mijares

Arguably the most controversial tell-all book about the Marcos dictatorship was written by Primitivo "Tibo" Mijares, Ferdinand Marcos' own "media czar."

Mijares defected in 1975 and fled to the U.S., where he published the book the following year.

The 16-year-old Luis Manuel's body was found in 1977 with clear signs of brutal torture. The book was stripped from U.S. stores and banned in the Philippines. It was relaunched by the Ateneo de Manila University Press in 2017, and tit now has a digital version available for download online, too.

There is one thing the so-called Martial Law babies will probably never forget: Voltes V went off-air a mere four episodes from the finale in 1979.

It is not clear why the administration had it pulled-on-screen violence is the usual answer—but the sudden loss of their favorite anime was arguably the first taste of dictatorial rule kids of the past experienced, especially since they would not see the ending of their beloved series until decades later, when they were already adults.

Well, Marcos had his own beef with protest songs, particularly Freddie Aguilar's version of "Bayan Ko."

This song quickly became the rallying anthem of the '70s and was soon taken off the airwaves.

You know the ones, with titles like Batuta ni Drakula, and other hilarious metaphors.

These "bomba" films were popular during the onset of the '70s and were clamped down on under Martial Law—still, the censorship rules allowed for a subgenre to continue, the less explicit "bold" films.

The low-quality productions usually reflected the hardships under the dictatorship as well. Different variations of the genre continued and the Philippines became a major source of sex films up until the '90s.

In 1981, Marcos banned video games in the Philippines. Yes, "Space Invaders, Asteroids, and thousands of other video games" were pulled from arcades, according to an archived article from The Telegraph.

This was in response to parents and teachers screaming something about morality and violence, supposedly, said the NY Times.

Included in the ban were pinball machines, slot machines, and the like, with violators facing a steep fine of U.S. $600 (around P29,000) or six months to 12 years jail-time.

Even toy guns were apparently reprehensible to Ferdinand Marcos (ironic, we know). In 1982, he issued a letter of instruction to the military ordering them to confiscate toy firearms and explosives that looked too much like the real thing and banned the sale of such items. According to the letter, these toys "could mislead the public into believing that these firearms are in fact genuine and as such could be used." Reports of taxi drivers and students being robbed using these toys were going around, said police in an archived article from UPI.