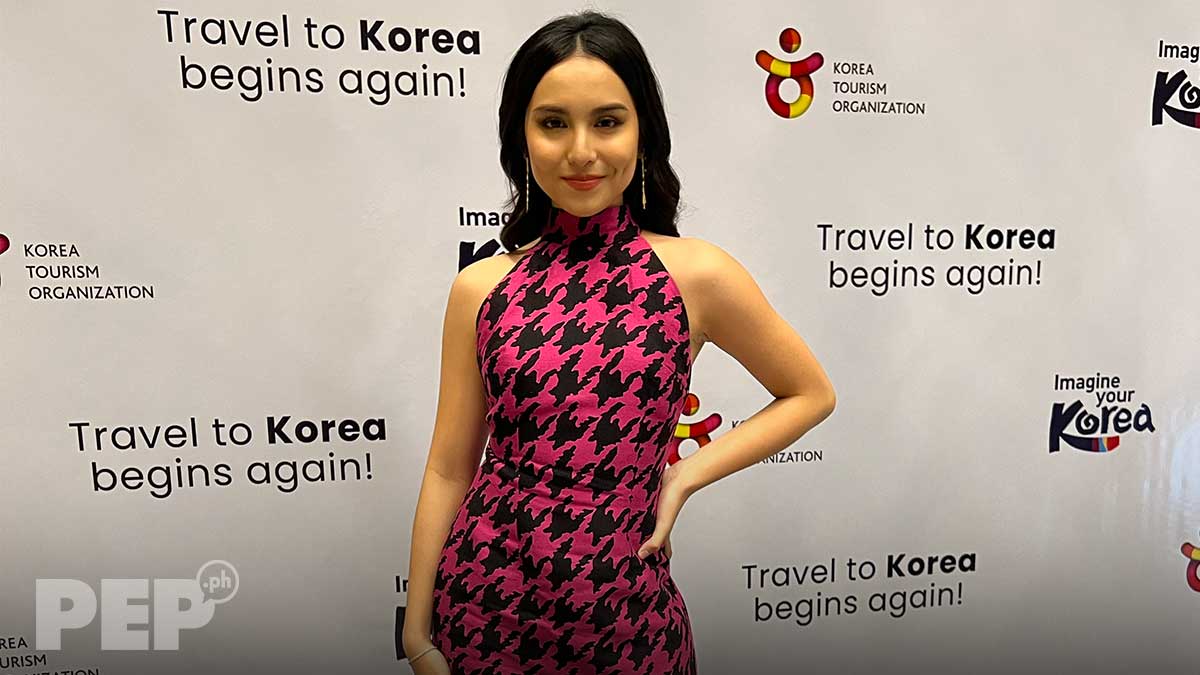 On Thursday, April 28, 2022, the 19-year-old Kapuso talent was officially appointed the honorary ambassador of South Korean tourism in the Philippines.

Kyline revealed feeling a mix of emotions when the Korea Tourism Organization (KTO) approached her to help promote the #GandaKorea campaign.

During the press launch, KTO's director Hyung Joon Kim said they've chosen Kyline because she has shown a great interest in their country and for her "wide range of charms and talent."

Read: Kyline Alcantara: The star who never gave up

Kyline said at the presscon that she has always been a big fan of Korean pop culture, sharing further about catching the Hallyu (Korean Wave) fever from way back when she was 11.

"Ever since I was 11 years old, sabi ko nga po kanina.

"And bilang honorary ambassador ng Korea sa Philippines, it's such a big thing for me and my career, so I'm really, really thankful."

She revealed that the K-drama that really made her passionate about everything Korean was Moon Lovers: Scarlet Heart Ryeo (2016), which starred Lee Jun Ki, Kang Ha Neul, and IU.

Asked who among the Korean celebrities she has dreamed of meeting in person, she quickly said, "It's either Lee Min Ho or Lee Jong Suk... Or kahit sino po as in. Kung gusto niyo po BTS, lahat sila okay!

South Korea is still not open to tourists, but it will soon accept visitors from the Philippines.

Kyline already has in mind some places to visit in the "Land of the Morning Calm."

"So I would love to go to Bukchon Hanok Village. Yung mga bahay nila dun is mga restored and preserved traditional houses in Korea."

Kyline is also looking forward to shopping on the streets of Seoul.

For sure, visiting filming locations in South Korea will be part of her itinerary.

Asked who among her friends does she wish can join her on this trip, she said, "It's Mavy [Legaspi] kasi parehas po kami na super love yung fashion ng Korea.

"And parehas kaming mahilig kumain. That's why we have chubby cheeks so siya po talaga."