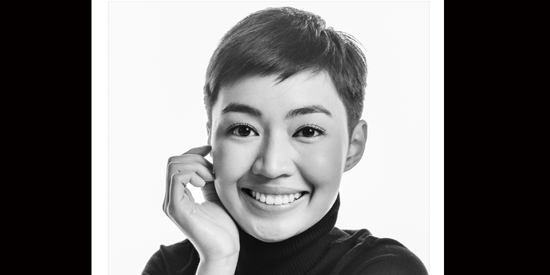 Regina de Vera is one of the 18 out of 1,900 applicants from all over the world accepted in The Juilliard School in New York City. Those who wish to help the Pinay thespian may visit her crowdfunding site Indiegogo.

Pinay theater actress Regina de Vera is asking for financial support to fund her education to The Juilliard School in New York.

After surpassing what she described as an "intensive audition process," she became one of the 18 out of 1,900 applicants from all over the world accepted in the prestigious institution.

In her website, Regina shared that she spent her childhood savings to fly to New York and to audition at The Juilliard School.

She passed and was accepted in the Drama Division of the school for the four-year course Master of Fine Arts in Acting program.

She is the only Filipino out of the 18 lucky people admitted in the program.

Written in her Indiegogo profile, she said, “Early this year I gambled my childhood savings to fly to New York City to audition for The Juilliard School.

“After an intensive audition process, I have been accepted to the Drama Division of The Juilliard School for its four (4) year Masters of Fine Arts in Acting program beginning this fall 2015-2016.

“I am part of 18 people admitted to the program after an initial pool of 1,900 applicants all over the world.”

FINANCIAL AID. According to Regina, she received a scholarship from The Juilliard School amounting to $28,000.

However, the total cost of attending the school in New York – which includes housing, supplies and insurance – amounts to $61,290.

For her to be qualified for a Student Visa, she also needs to show proof of funding that amounts to $33,290 (approximately P1.5 million).

This is the breakdown of the Total Cost of Attendance for her first year of studies at The Juilliard School:

She will need to raise the funds before the academic calendar begins this fall of 2015-2016.

People willing to donate for the funding of her education can take part in the #GoFundRegina campaign.

Within five days, the crowdfunding strategy has already raised $10,319.

This June 5, a portion of the proceeds from the musical play Kung Paano Ako Naging Leading Lady will be allotted to the #GoFundRegina campaign.

She is currently a member of the Tanghalang Pilipino Actors Company of the Cultural Center of the Philippines. She has starred in plays such as Walang Kukurap, Sandosenang Sapatos and Der Kaufmann.

Her performance in Der Kaufmann earned her the “Outstanding Female Lead Performance in a Play” award in the 2013 Gawad Buhay The PhilStage Awards for Performing Arts.

She shared also in her Indiegogo profile that she wants to make her country proud by being a scholar of The Jiulliard School.

“This opportunity comes rarely in the lifetime of an artist especially for someone born and raised in the Philippines.

“I am determined to pursue this path and hopefully make my country proud.”

Those who wish to help Regina de Vera may visit her crowdfunding site Indiegogo.