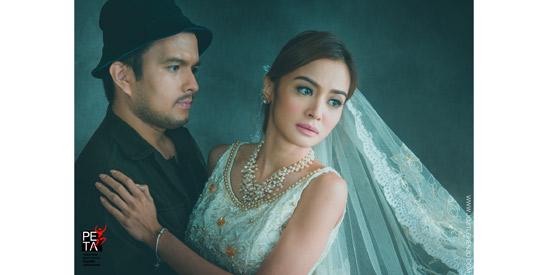 Kris Bernal (in photo) and Liza Dino-Seguerra alternate as Maria Clara in the stage play Noli at Fili Dekada Dos Mil. Lucho Ayala (left) is cast as Ibarra in this reimagining of Jose Rizal's masterpieces.

Following the raging success of hit rock-comedy musical, Rak of Aegis, the Philippine Educational Theater Association (PETA) shows no sign of slowing down as they bring back another theater favorite and classic, Noli at Fili Dekada Dos Mil in September at the PETA Theater Center.

With over 50 performances all over the nation and several nods from critics during its first run in 2008, Noli at Fili Dekada Dos Mil was truly a striking tribute to Rizal's exceptional narratives.

Almost 7 years after its first performance, the production's message remains to be as powerful if not stronger than when it was first staged with a restructured script that tackles some of today's most pressing political issues concentrating on governance and corruption.

Tiongson expresses that he does not wish to encompass Rizal's obra maestras but instead believes the production to be a way to explore and showcase the prevailing message and influence of Rizal's novels in present day Philippine society.

Making use of the 2004 Infanta landslide as an inspiration for his setting, Tiongson traversed to the Quezon province in order to gain a clearer perspective of his narrative. Extensive research on Rizal's novels coupled with an immersion in the province was what gave Tiongson the push to write and mold the characters and story of Noli at Fili Dekada Dos Mil.

Not deviating too far from the text, the heroic Ibarra/Simoun, the damsel Maria Clara, the flawed Damaso and Salvi, and all the other rich characters of the canon text will still be recognized by audience members but with a contemporary twist as the story takes place in Maypajo, Quezon during one of the most devastating storms of the decade affecting the lives of almost 3,000 citizens and destroying 200 households.

A perfect reflection of Rizal's profound ideologies during his time and the effects of today's politics and corruption, Noli at Fili Dekada Dos Mil repackages Rizal's obras into a modern production that relates well to audience members, particularly students, looking for a fresh perspective on their classroom lessons.

This run welcomes a mix of fresh-faced actors and veteran thespians. 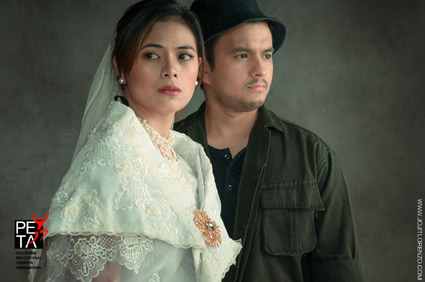 
Lucho Ayala is cast as the hero, Ibarra. The 23-year-old actor is known for his acting stints in various GMA-7 shows Kahit Nasaan Ka Man, Indio, One True Love, and Blusang Itim.

His love interest, Clarissa (Maria Clara), will be played by Kris Bernal, recognized for her acting roles in major GMA-7 productions, and Liza Dino-Seguerra, a skilled artist who has experience not only in theater acting but also in film and TV.

Noli at Fili Dekada Dos Mil will reopen at the PETA Theater Center on the weekend of September 10 until September 13; moving to a bigger venue at the Springs Production Studios on New Manila for the coming shows (September 18 to September 27). The run will end with a Rizal themed festival titled, "Sa Aking Mga Kabata: An arts festival on the life and works of Rizal" on September 25 to 27 packed with an exciting line-up of workshops, performances, and lectures that will surely spark the viewer's passion for nation building.

Tickets for the gala night on September 10 are available on www.ticketworld.com.ph.