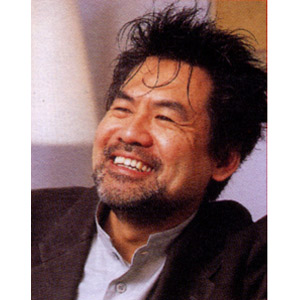 Asian-American playwright David Henry Hwang was inspired to write the award-winning play Golden Child based on his interviews with his grandmother living in Cebu. Tanghalang Pilipino is staging this two-act play until September 7 at the Cultural Center of the Philippines.


When David Henry Hwang was ten years old, he heard the news that his maternal grandmother based in Cebu was in poor health. With amazing foresight, the young boy born and raised in Los Angeles felt that it was his duty to preserve the history of the Yutivo family. David then asked his parents if he could visit the Philippines to learn more about his roots.

The precocious kid recorded interviews with his grandmother on cassette tapes and the oral histories became the basis of a 90-page "non-fiction novel" titled Only Three Generations. David recalls that this was his first attempt at literary work. The novel was simply photocopied and distributed to his relatives, most of whom gave him good reviews.

Three decades later, David grew up to be a professional dramatist. He is credited as the first Asian-American dramatist to win a Tony for Best Play (for M. Butterfly) and several Obies (the off-Broadway equivalent of the Tonys) as well as Pulitzer Prize nominations.

Remembering the childhood stories of his Ama (grandmother), he created a fictional work titled Golden Child, which became his second Broadway venture. This two-act play won the 1997 Obie Award for its Off-Broadway production and gave David his second Tony nomination.

During the gala night of Golden Child at the Cultural Center of the Philippines, David tells PEP (Philippine Entertainment Portal) about his fondest memory about the country. "I remember having a lot of fun, meeting people. I really enjoyed as a kid, everybody was very warm and accepting, they had a very generous attitude towards life that stayed with me throughout the years."

How did he get involved with theater? "I saw some plays in college, and I said, I think I can do that. In my senior play in college, I wrote a play that was staged in our dorminatory called FOB or Fresh Off the Boat. It got produced in New York and then I had a career."

As an Asian-American, did he have difficulty penetrating the industry? "In the beginning, the fact that I was writing about Asian themes helped me to get out of the starting gate since I was writing about material that was fresh. I do think there are advantages and disadvantages to everything. What is hard about writing Asian characters is that sometimes works don't get produced in cities where they feel they can't cast the play. Madame Butterfly hasn't had much work done in London but everything has advantages and disadvantages."

David had a hand in choosing the director and he opted to work with Loy Arcenas, a renowned set designer whom he worked with in the New York staging of Golden Child and Face Value.

David's grandmother who was his main resource person for the play survived the illness and even lived long enough to watch the play when it opened in Los Angeles!

His grandmother is now known as the character Ahn, the Golden Child of the Fujian household living in 1918 China.


The Manila production of Golden Child shows the radical transformation of Eng Tieng-Bin, a wealthy merchant who has been away in the Philippines on business. Ahn's mother is Siu-Yong, the first wife who has a secret addiction to morphine. Second wife Luan craves First Wife's power and she adapts Western ways in order to manipulate her husband.

Eling, the lowly third wife, is young, sweet and truly in love with her husband. However, she is torn between being a good daughter and a good wife.

When Eng Tieng-Bin returns to his village, he brings with him the influence of the West. He ushers in progress by brining in various household gadgets and implementing new rules. He wants change, like having only one wife (a wife he's chosen for love) and end the Chinese tradition of foot binding. His most radical idea is to trade his culture's ancestral worship for Christianity, allowing himself and his family to be baptized by an English pastor.

It is said that female cast members of this production tried walking with ankles tied together to get a feel of how women with bound feet moved.

Tanghalang Pilipino's Golden Child, produced by arrangement with Hal Leonard Australia Pty Ltd on behalf of Dramatists Play Service Inc., New York, runs until September 7. It is being staged at the Tanghalang Aurelio Tolentino (Little Theater) of the Cultural Center of the Philippines. For inquiries, please call 8323661, 8323704 or 8919999.

Tickets are priced at P600 with discounts for students, senior citizens and block sales.