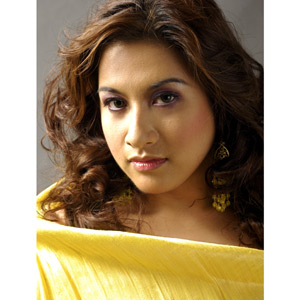 Ana Feleo will be playing Musetta in La Boheme this October. Watch the daughter of actor Johnny Delgado and director Laurice Guillen in her first major role in a standard opera.


La Boheme, Giacomo's Puccini's very popular and beloved opera will be staged by the Philippine Opera Company (POC), the only official opera organization of its kind in the country. This co-production between the POC and the Cultural Center of the Philippines will open on October 3, 4 and 5, 2008 at the Main Theater of the CCP. La Boheme is about the tragic love story between Mimi and Rodolfo and how their undying love for each other has stood the test of time, even in death.


What makes this new theater production even more exciting is how Puccini's immortal love story has been modernized by slightly changing the theme and setting without sacrificing any part of the beautiful lesson that makes this opera, a true classic. Using Puccini's original libretto, POC has transported La Boheme to a modern day gathering of young independent artists in search of their rightful place under the sun. The setting takes place against a vibrant and tempestuous independent art scene with Rodolfo, being an independent art director, while Mimi, a struggling artist on the big screen.

"As it has always been done, La Bohème is the story of the doomed love affair between Mimi, who is sadly stricken with tuberculosis, and Rodolfo, whose love for Mimi never falters. Encompassing their romance and drama even further, is the enchanting music of Puccini. Although the time and setting is different, the love felt is still the same. It's really no wonder why this immortal opera has been a theater staple and continues to be cherished the world over,"said Karla Gutierrez, artistic and managing director of the POC.

Furthermore, La Bohème is incidentally, experiencing a renewed flurry of traditional and new interpretations on Broadway and the national opera stages to celebrate the 150th birth anniversary of Puccini.

Ana Feleo is the daughter of actor Johnny Delgado and director Laurice Guillen.

Sharing the stage is the Philippine Philharmonic Orchestra under the baton of international conductor Helen Quach. Acclaimed stage director Floy Quintos directs this modern day opera to be sung in its original Italian language.

Time and again, the tale of love and passion among the poor and impoverished has been the favorite staple, for quite a number of romance stories, La Boheme included. Even the ever-so-hip Rent, winner of the 1996 Pulitzer/Tony award winning musical, doffs its beret by including in their soundtrack an original song titled, "La Vie Boheme," which also talks about the day to day struggles of artists and how they have coped to survive in their chosen career.

Ms. Gutierrez adds: "Puccini's music, especially in La Boheme, moves ever so decisively from revelry to romance as it inexorably carries the story toward a tragic conclusion. Aside from Mimi and Rodolfo, the other central characters in the cast include Marcello, Colline, and Schaunard, who are all the starving artists; sharing a small and cramped attic apartment. When Rodolfo falls for the beautiful but ailing Mimì, their tragic love affair becomes an emotional center, deepening the loves, ambitions, and friendships affecting the entire group."

Audiences have undeniably cherished La Bohème for centuries perhaps because audiences see redemption in the gallant efforts of Musetta, Marcello and Colline to make Mimi's departure a little more comfortable—to signify that life is not just about flesh and blood, but more importantly, about acts of kindness and love.

For tickets, block sales, sponsorship and other information, please contact the Philippine Opera Company at 892-8786. Tickets are also available at all Ticket World outlets (Tel. No. 891-9999).