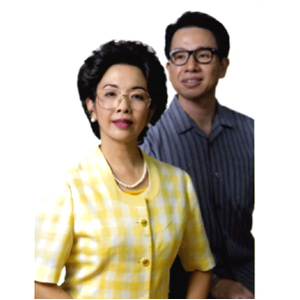 Isay Alvarez and Sherwin Sozon will play former President Corazon Aquino and slain political leader Ninoy Aquino in the upcoming Cory the Musical. This two-act musical play will be staged at the Meralco Theater on November 29, 30, and December 1.


As soon as composer-song writer Lourdes "Bing" Pimentel learned about the colon cancer of former Philippine President Corazon Aquino, she immediately thought of presenting a gift to her.

Bing, the wife of opposition Senator Aquilino Pimentel, recalled that Cory was pleased when she watched the 2007 play Pag-ibig sa Bayan. Incidentally, this musical is based on the life of Senator "Nene" Pimentel and Bing in the Martial Law era.

Mrs. Pimentel then tapped Nestor Torre, the director of Pag-ibig sa Bayan, to helm this production. Produced by the Buhay Isang Awit Foundation, Inc., Cory the Musical will be staged at the Meralco Theater on November 29, 30, and December 1.

THE LADY IN YELLOW. Cory will be played by singer-actress Isay Alvarez, who distinguished herself for playing Gigi in the original production of Miss Saigon along with Lea Salonga and Robert Seña whom she eventually married. Isay was last seen in the hilarious PETA musical Skin Deep, which tackles Filipinos' penchant for cosmetic beauty enhancement.

How did this play affect how you now see President Cory? Isay tells PEP (Philippine Entertainment Portal), "I think my perception of Cory has changed. When I started reading a lot of materials about her, naiintindihan ko siya, where she is coming from and now when she's 75 and she's still trying very hard to be part of the society, trying to bring out the good in every Filipino."

What was her greatest challenge in playing Cory?

"Iniisip ko nga ipi-physicalize ko ba ang pagiging Cory ko kasi when you see napakatimid ko or napakahina kong magsalita but when you...if you read about her or see what happened to her, hindi siya pwedeng ganoon, e. She cannot be that strong a person if she is always timid and always composed. Kaya siya ganoon because she is really a strong person and she has gone through a lot."


Fanny Serrano was in charge of handling the make-up of Isay as she matures in her role. Isay will use around three wigs in order to show the aging process of Cory.

The theater actress stressed the hardships that the wife of Senator Ninoy Aquino went through during the Martial Law years.


"This [role brings out] the actor in me and the singer in me. Mahirap yung time ni Cory kasi very emotional tapos kailangan composed pa rin. The only time that we see her getting angry, crying was during the time when Ninoy was in prison, she had to take care of her children. You'll really see the other side of her."

She continues: "Sabi ni Nestor, we want to see a different side of Cory here na talagang nagagalit siya...mag-kaaway sila ni Ninoy, which is very normal kasi tao si Cory di ba? Tao sila. Yung time na sinabi ni Ninoy na ‘I am going to come home,' she knew it could be death for Ninoy, the end of the family."

Written and directed by Nestor Torre, Cory the Musical will show the life of Cory from her childhood until she is sworn in as the first female President of the Philippines as a result of the 1986 People Power Revolution.