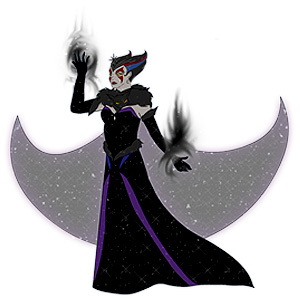 Ana Feleo lends her voice for the character called Queen of the Night (in photo, an animated character projected through a screen on stage). Catch her and other interesting characters in Philippine Opera Company's The Magic Flute, which is being staged at the CCP until September 27, 2008.


The Philippine Opera Company's The Magic Flute is a vibrant adaptation of one of Wolfgang Amadeus Mozart's last operas but with a delightful twist. This retelling, directed by Kokoy Jimenez, is an adaptation made especially for kids. In its original form, The Magic Flute is a daunting material, revealing Mozart's philosophical leanings. But this contemporary adaptation is more like The Wizard of Oz than an actual opera. Still, The Magic Flute, with its select arias (particularly the popular "Queen of the Night" aria) from the original opera, can serve as an introduction to the world of opera for both young and the young at heart.

THE PLOT. Jimenez's retelling of this classic opera involves a young girl named Ana (Fame Flores) is transported to a magical world, thanks to a magical flute, where Priest Sarastro (Nomer Son) and the Queen of the Night (an animated character projected through a screen on the stage, voiced by Ana Feleo) is fighting over the possession of Princess Pamina (Arlynne Lupas). In order to return back home, Ana must find the princess together with Prince Tamino (Jack Salud), the princess' true love; the bird catcher Papageno (TV and indie film actor Bodjie Pascua), who is looking for love; and a dragon (Jay Barrameda), who wants to return to his original form after he was transformed by Ana's flute into a cute, cuddly creature. Tamino, together with his newfound friends, must overcome three obstacles, in order to free Pamina from the clutches of her evil queen mother and, ultimately, save the kingdom from eternal darkness.

THE VERDICT. Although dubbed as a "fantasy opera," the whole act, which runs for less than an hour and thirty minutes, only features select arias and solos from the original opera. The lengthy "Queen of the Night" aria is reduced to a few minutes, which fits the whole performance but could disappointment anyone expecting an actual opera. In fact, save for Son and Joy Abalon (who provided the singing voice for the Queen), everyone else gets one solo performance, which they did impeccably. Some of arias may seem out of place in the overall flow of the narrative, but there is never a dull moment in The Magic Flute. This lighthearted opera is especially suited for children who, in a performance, liken the set design the story to Harry Potter, perhaps because of its over all whimsical atmosphere. Its fairytale-like feel is further established by the narration of Sofia (Liesl Batucan), who is always lovely and animated. She is aptly exaggerated but never frenetic.

The "fantasy opera" runs like a role-playing game, where the characters accomplish their quests and good wins over evil in the end, showing that anything is possible when love and magic is inside us all.