8 Things to know about Feng Shui 2 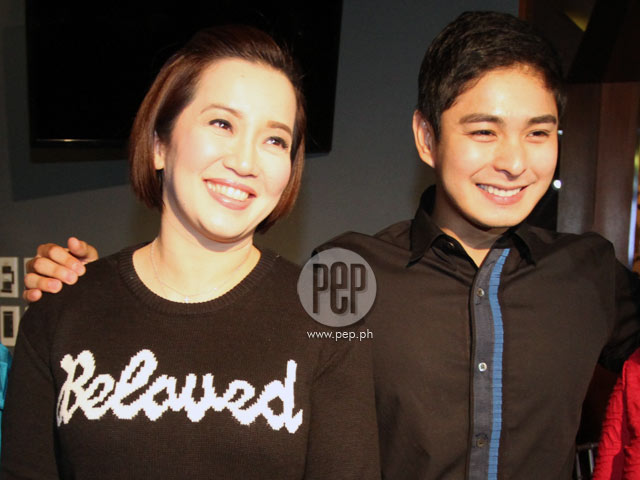 At the press conference of Feng Shui 2, lead stars Kris Aquino and Coco Martin as well as director Chito Rono revealed tidbits and trivia about this horror movie.

The first installment of Feng Shui revolves around Joy (played by Kris Aquino) who finds a bagua, an eight-sided mirror that brought her good luck, but death to those around her.

This time, Joy crosses paths with Lester (played by Coco Martin) who will also experience the tragedy brought about by the cursed bagua.

Moviegoers will have the chance to watch the sequel of Feng Shui when it opens on December 25 as part of the 40th Metro Manila Film Festival (MMFF).

Here are things you probably didn't know about the movie Feng Shui:

IT HAS BEEN TEN YEARS SINCE THE FIRST FENG SHUI MOVIE. Kris Aquino recalled that the movie first premiered in September 2004.

To recap, the horror of Feng Shui stems from a cursed bagua mirror. A person that stared at the eight-sided mirror will eventually die in a way that is related to their Chinese zodiac.

THE MOVIE WAS FIRST OFFERED TO JUDY ANN SANTOS. Kris Aquino thanked Judy Ann’s manager Alfie Lorenzo for turning down the role, which was eventually offered to her. After starring in other successful horror films such as Subkob, Kris was eventually dubbed as the “Philippine's Box-office Horror Queen.”

THE ORIGINAL MOVIE WAS BORN OUT OF A FAMILY TRAGEDY. Direk Chito Roño revealed that after a family tragedy, he had to take time off which eventually led to the creation of the Feng Shui.

“Because I wanted to do something totally different.”

THIS IS COCO'S FIRST HORROR MOVIE. Kris told the media that it was Coco who really wanted to do the movie. Direk Chito added, “Si Coco, siya yung gusto magkaroon ng horror genre.”


In an earlier interview with PEP, Direk Chito revealed that Coco's character will resort to doing illegal activities in order acquire the cursed bagua.

COCO IS THE FIRST LEAD MALE ACTOR TO WORK WITH DIREK CHITO IN A HORROR GENRE. Direk Chito admitted that it was a challenge for him to work with Coco, not because he lacked skill, but because it’s his first time to direct a male actor for a horror movie.

“First time akong humawak ng lalaki for a horror movie. Iba talaga umakting [ang lalaki,] iba yung reaksyon ng lalaki. With Coco, he is already a good actor to start with. Nahirapan lang ako nung una, is to translate him to this genre.”

DIREK CHITO RONO, KRIS AQUINO, AND COCO MARTIN ARE CO-PRODUCERS OF THE FILM. They all gave out what they can give to make the film into reality. As Kris says, she's fine as long as they can "break-even."

LOTUS FEET IS REVEALED TO HAVE A TWIN. One of the twists that people should look out for is Lotus Feet’s twin! Kris revealed, “May kakambal si Lotus Feet!”