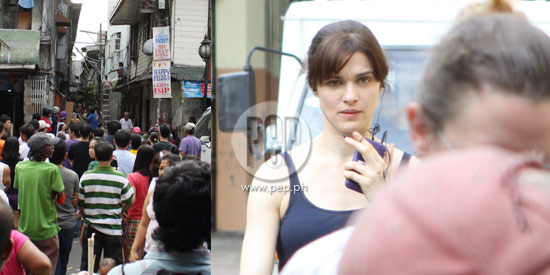 In an email to the New York Times, The Bourne Legacy location manager Dow Griffith handpicked El Nido, Palawan and the people as the highlights of his stay in the Philippines.

The said article was published in the March 25, 2012 of The New York Times with the headline "When Scouting Film Locations Leads to Asia."

Griffith was talking about his experience in Manila for the latest installment of the spy-thriller franchise, The Bourne Legacy.


Starring Jeremy Renner, Rachel Weisz and Edward Norton, this movie is scheduled to be released by August 3.

Griffithhas been working as a location manager since the 1970s. When The Bourne Supremacy (2004) was shot, he coordinated the scenes taken in India and Berlin and several other countries in Europe. He then decided it was time to take the movie back to Asia.


“The ‘Bourne’ movies are known as a more urban and gritty kind of product, and that was certainly true ofManila,” he said. The crew coordinated with the Metropolitan Manila Development Authority to be able to close down the roads needed for the shoot as well as ease the heavy traffic that came along with it. Said locations include the Navotas Fish Port Complex, Marikina Public Market,Jones Bridge, Ramon Magsaysay Boulevard, Ayala Avenue and Pasay-Taft Rotonda.

When asked how it was scouting for a place here in Manila, Philippines, Griffith told the New York Times: “It is congested, with the highest population density in the world. But the people are the best thing about it.”


This coming from a man who makes a living out of choosing remote and foreign location for films such as Avatar: The Last Airbender, Contagion and Indiana Jones: The Kingdom of Crystal Skull. He continues: “Don’t be fooled by the signs everywhere that say ‘Check Your Firearms at the Door.’ Many citizens are packing, but you couldn’t meet more hospitable people.”


In an interview with GMA News, the film’s Philippine producer Jun Juban supported this observation. “It was Ho Chi Minh and Jakarta tapos eto nga ang napili [Manila] because of the friendliness of the Filipinos. Yun ang pinakamalaking bagay. When we were scouting, the [foreign producers] saw that they felt at home with the neighborhood.”

The production crew of The Bourne Legacy started their 45-day shoot in the Philippines on January 11, 2012. They stayed at Manila Mandarin Hotel in Makati. “Sometimes, when you are traveling, no matter how much you spend, you can’t buy good service,” recalls Griffith. “At the Mandarin, we enjoyed personalized service at very affordable prices.”

One of the highlights of the movie was shot in El Nido, Palawan, which Griffith also enthused about, having taken the crew to BacuitBay. “El Nido, on Palawan Island, is paradise, and for a family trip, you are very well looked after at any of the resorts.”

When asked if he would like to come back to the tropical country for a vacation, he responds, “Manila served our purpose, but for the casual traveler, it’s a good place to go to get somewhere else. The real reason to go to the Philippines is to explore its more than 7,000 islands, from the heights of the rice terraces of Banaue to dives with the whale sharks in Donsol—and that’s just on one island, Luzon.”