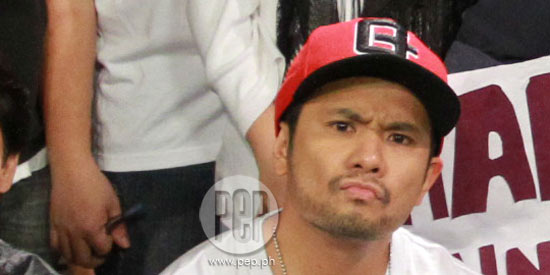 Ogie Alcasid is continually amazed by the recognition that he gets because of his character called Boy Pick Up. He will portray the hip hop rapper on the big screen for Boy Pick Up the Movie.

Every Friday night on Bubble Gang, viewers can watch Ogie Alcasid transform into a hip hop rapper called Boy Pick Up. Every week, he faces challengers in a showdown of pick up lines.

The segment starts with two contestants who try to impress Sam Pinto aka Neneng B (short for Neneng Bakit) through their use of witty pick up lines. MC Bits (played by Michael V) moderates the showdown until one winner is chosen based on audience impact.

Boy Pick Up always ends up defeating the challenger even though his pick up lines tend to be obscure and unclear.

Being a comedian, Ogie has had experience donning different costumes while doing sketches for GMA-7’s gag show. He and Michael V have even worn women’s clothes to portray the comic tandem of Yaya and Angelina. This popular Bubble Gang segment prompted GMA Films to produce a spin off movie titled Yaya and Angelina: The Spoiled Brat Movie in 2009.

This 2012, GMA Films is also bankrolling another Bubble Gang spin off: Boy Pick Up the Movie.

In a recent interview with PEP.ph, Ogie admitted that even he is surprised by the recognition that he gets for portraying the hip hop rapper.

How does he find material that youngsters can relate to?

When asked to describe this movie, Ogie pointed out, “It’s fun and I have a lot of fun shooting it. Our team is very very excited…We have a really cute story.

“…the story revolves around the private life of Boy Pick Up. What he is outside the battle.”

Will there be a kissing scene between Boy Pick Up and his leading ladies?

“I think so, pero hindi naman bagay sa ‘kin yung kissing scene na pang sexy films. I mean it is a romantic comedy kaya siyempre I have to be romantic...” he explained.

How is it like working with his first time leading lady, Solenn Heusaff?

“It just so happens that we have the same manager [referring to Leo Dominguez]. She’s a girl that everybody desires. Same thing with Sam, di ba?”

GMA News recently reported that Boy Pick Up the Movie was shot in an abandoned gym in Antipolo. The walls were decorated with spray painted grafitti while hip hop dancers and motorcycle riders were tapped to be part of the movie.

In this movie, Ogie has two leading ladies: Sam Pinto as Neneng B and Solenn Heusaff as Angel.

Between Sam and Solenn, who would Ogie consider to be the sexier leading lady?