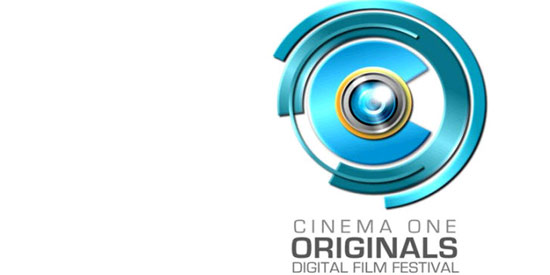 
Winners from the past years have achieved local and global recognition, many of them have been nominated and won awards in various film festivals worldwide.

"Cinema One levels up each year and continues to discover new talents while presenting original Filipino stories in various genres. This is a highly anticipated project as we have seven first-time feature length debuts and a trio of entertaining dramatic themes tackled by world-class filmmakers in the new division of Php 2M budget. We are also breaking new ground as we offer more voices from the different regions of the country. The best thing about this year is that we have more titles for production that’s why we’re all so excited. There will definitely be more work for us but it’s all worth it,” said Cinema One channel head Ronald Arguelles.

The three finalists for the Php 2M production budget are: MARIPOSA SA HAWLA NG GABI by Richard Somes, a tale of an innocent woman who unravels horrible truths while in search of her long lost sister in the city; LOURDES by Adolfo Alix, Jr., a story about a typical Filipino mother with a non-stereotypical profession, living a dark, shadowy life in Manila City’s underground; and BAYBAYIN by Auraeus Solito, a unique tale of two half sisters who fall in love with a man who can’t hear and speak to them.

The ten finalists for the 1M production budget are: ANG PAGLALAKBAY NG MGA BITUIN SA GABING MADILIM by Arnel Mardoquio, a story about a boy's journey to safety after his parents are killed in a gun war; CATNIP by Kevin Dayrit, a psychological film on two friends who despite their differences find comfort in being together; MELODRAMA NEGRA by Ma. Isabel Legarda, a dark comedy which follows the “life” of three dead people who find unanticipated things in the acclaimed City of Stars – Quezon City; SLUMBER PARTY by Emmanuel Dela Cruz, a riotous comedy about fraternity initiations and homosexuality; PASCALINA by Pam Miras, yet another untypical story of a simple girl who, after visiting her dying aunt, experiences changes in her life that will push her to the edge of madness and monstrosity; ANAK ARAW by Gym Lumbera, talks about the colonial illusion of an albino who believes that he is a son of an American. He begins learning English but whenever he says an English word, explosions happen nearby. MEKANIKO NI MONICA by Cesar Hernando, a story set in the 50's about a man who struggles between fighting for his love for country and love for a special woman; ABERYA by Christian Linaban, a story about love, sex, and psychedelic potions which intertwine the lives of four people in one night; PALITAN by Ato Bautista depicts the life of lovers who find themselves asphyxiated and trapped in an erotic triangle; and MAMAY UMENG by Dwein Baltazar, a preview into the life of an 84-year-old woman who is alone, waiting, and praying not for long life, but for a quick escape.

By November 2012, these films will be publicly screened and will compete against each other in the Cinema One Originals 2012 awards night.