Enchong Dee talks about the challenges of shooting barkada movie, The Reunion 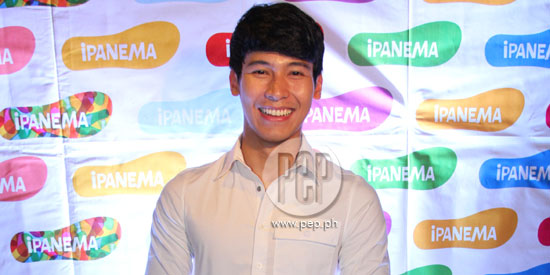 Enchong Dee (in photo) on working with Xian Lim, Enrique Gil and Kean Cipriano: “Actually when we started the film, it’s a dilemma for us on how will we show the viewers na talagang barkada kami…”

Enchong Dee and three of the most promising actors of their generation—Enrique Gil, Xian Lim and Kean Cipriano—are cast in Star Cinema’s upcoming barkada movie titled The Reunion.

The movie is about a group of friends who are searching for the true meaning of friendship, love and happiness.

This is the first time for the four talented young actors to be working together in a project so their initial concern was chemistry.

Enchong was initially worried about portraying the closeness of their characters. “Actually when we started the film, it’s a dilemma for us on how will we show the viewers na talagang barkada kami…”

Although three of them—Xian, Enrique and Enchong—are being managed by Star Magic and they’ve had production numbers in ASAP 2012 along with Kean, Enchong reveals they weren’t close prior to doing this film.

However, while shooting the movie and bonding with each other on the set, they were able to build a relationship of a true "barkada" that will eventually be shown in the movie.

When asked to describe his character in the movie, Enchong revealed: “So ‘pag sinabi kasi nila sa’kin, it’s always the geek…

Enchong also narrated his most memorable experience so far in shooting the movie.

“Siguro yung…we were shooting kasi right beside as in right beside Ilog Pasig sa may bridge sa may EDSA…so malapit lang dun.

Are they done shooting the film?

Directed by Frasco Mortiz, The Reunion will be released in cinemas this 2012.