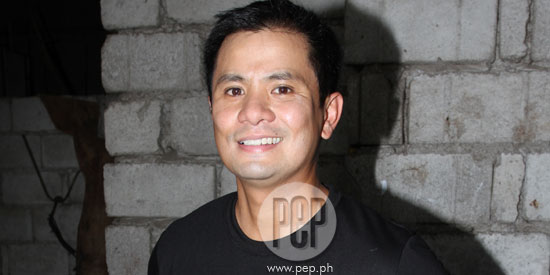 After more than twenty years in showbiz, Ogie still has so much to offer to the public.

Although Bubble Gang has been around for a long time, none of Ogie’s other characters in the show have left such a huge impact as Boy Pick-Up.

The bullcap wearing, moustached, hip hop guy Boy Pick-Up has become so popular that GMA Films and Regal Films decided to the turn the segment into a full-length movie.

Ogie admits that his character in this movie is different from all the other characters he has portrayed in the past.

ANTI-HUMOR. Boy Pick-Up is known for uttering statements that are unusual and seemingly unrelated to the topic at hand.

Ogie further explains that the reason why anti-humor works is because we’re so used to hearing pick-up lines and trying to guess the punchline.

“Pag nag-uusap kami punchline-an kami ng kacornyhan and then we find humor in it. So kaya siguro nabuo yung film.”

Ogie said he did not expect to get such a response from viewers.

But Ogie admitted that it was partly their fault that they were not able to sustain the story. Instead, something else clicked.

BOY PICK-UP THE MOVIE IS BORN. So how did the Boy Pick-Up segment become a movie?

Ogie recalls, “Uhm, Roselle Monteverde called me. And I was doing talks with both camps…GMA and Regal about certain projects...

“So I had to write a concept and a storyline, kami ni Eri [Neeman]. And then, uh, siguro isang upuan lang…”

People wonder, will the movie just be all about pick-up lines or will there be a storyline?

In short, they wanted the movie to cater to the general public.

“So when we wrote the story, we had to address the issue of…kailangan maintindihan nung mga hindi rin nasasakayan yung pick-upan.”

“So, naestablish na natin yun sa TV. But we will further reinforce that sa film. So at the opening scene, mae establish natin na…kilala siya.”

Although he is already famous, people are still unaware of Boy Pick-up’s life outside the “Pick-up World.”

Ogie explains, "We will find that his life also has some drama. And then, he goes back to his house. Sa bahay niya, mahirap lang siya, wala siyang pamilya, wala siyang trabaho.”

But it also filled with comedic tragedy or tragic comedy.

Unable to pay rent, Boy Pick-up is coerced by his homosexual landlord into having a relationship with him.

This is where the story of Boy Pick-up’s adventure begins.

SPECIAL CAST. But on a personal level, does he have anything against homosexuals?

Diego, who is dubbed as “Ang Pambansang Bading,” became known for portraying roles in Bubble Gang that makes fun of his physical appearance.

Big stars or less-known actors, Ogie is very proud of the cast.

We may not recognize her name but only a few will not recognize the face of this old woman who would often play the role of a ghost or aswang in movies and television.

Ogie was also happy to have one of his idols as a part of the cast.

"I found out so many things about him and I’m so happy that he had resurgence in his career.