Gerald Anderson talks about his movie with Kim Chiu and his first indie film, El Brujo 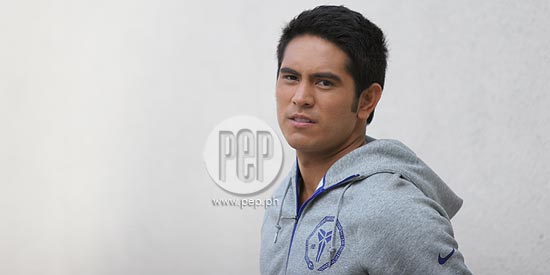 Gerald Anderson once again sports a clean shaven face as he wraps up shooting of his first independent film El Brujo.

For the past couple of months, the 23-year-old actor grew his beard and moustache for his character in the said action movie directed by Tikoy Aguiluz.

Aside from sporting a new look, Gerald also did his own stunts, fulfilling his dream of becoming an action star.

Ong-Bak is a Thai serial movie about a Muay Thai warrior.

In El Brujo, Gerald said the audience can expect a fast-paced movie.

BACK TO ROM-COM. After doing action stunts, Gerald will be paired anew with Kim Chiu in Star Magic’s 20th anniversary movie offering, which has the working title Crazy Love.

In this mainstream movie, he will be playing the role of a macho dancer.

So far, Gerald has had only one shooting day for this movie so he has not yet shot scenes with his former flame Kim Chiu.