Mga Mumunting Lihim, Bwakaw, and Sta. Niña not included in screenings of Cinemalaya Goes UP 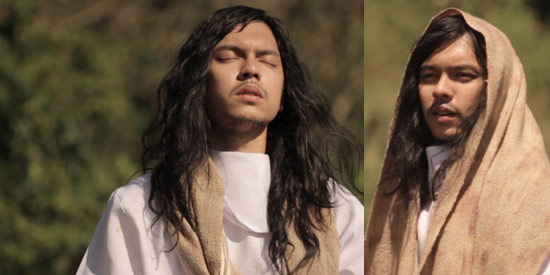 Carlo Aquino (both in photo) is one of the lead stars in Diablo, which won Best Film in the New Breed category of Cinemalaya 2012.

It has become an annual tradition for Cinemalaya entries to be screened at the University of the Philippines Cine Adarna just days after the conclusion of the film festival.

This 2012, this tradition will be broken since 3 of the 15 competing full-length films will not be screened at UP Diliman, Quezon City.


Instead of showing the films of Jose Javier Reyes’ (Mga Mumunting Lihim), Jun Lana (Bwakaw) and Manny Palo (Sta Niña), the UP Cineastes Studio has decided to screen two films from the 1st Sineng Pambansa.

These are Mga Kidnaper ni Ronnie Lazaro and In Bangka Ha Ut Sin Duwa Sapah (The Boat Between Two Rivers).


Here is the schedule of the screenings to be held at UP Diliman:


Here is the official statement of UP Cineastes' Studio regarding the exclusion of 3 Cinemalaya entries in Cinemalaya Goes Up 8:


"On June 28, 2012, the UP Cineastes’ Studio sent a representative to the CCP to attend an assembly regarding the Cinemalaya Goes UP event.

"The briefing of Cinemalaya directors regarding the proposal of the UP Cineastes’ Studio to bring their films to the University of the Philippines went by, to most of our surprise, smoothly.

"The proposal to bring the Cinemalaya films to UP was last on the agenda of the meeting. We were called up to introduce the event to the filmmakers. A couple of the directors already knew about it, seeing as many of them had already screened their films at UP in the previous years under the event, Cinemalaya Goes UP.

"We explained the details to be found in the memorandum of agreement, like the mechanics of the event and the profit-sharing scheme. The main selling point we raised for the event was for film literacy and the need for better film education. This is, and has always been, the main motivation behind the event. The mere fact that the screening would be held inside an institution that prides itself with honor and excellence in service of the people already says a lot about the reason behind it being accessible to the student population. This advocacy was also emphasized by the moderator.

"The compromise seen by Cinemalaya was that since they were already screening at CCP, Greenbelt, and Trinoma at P150/ticket, screening it at UP for P80/ticket would affect the profits of the filmmakers. Despite this fact, it didn’t really cause the filmmakers to hastily change their minds.

"A concern was raised by director Paul Sta. Ana [director of Oros] if they were required to screen their films at UP. We responded saying no, it’s completely up to the filmmaker if he/she would be willing to, considering the motivation behind the event which leads to a lesser price of the tickets. Director Jose Javier Reyes [of Mga Mumunting Lihim] spoke apologetically saying he’d have to pass on the offer seeing as he’d already made plans for a commercial release of his film. However, he remained enthusiastic of the organization’s event and advocacy, offering any help that may be useful for the organization. Director Jun Lana [of Bwakaw] also expressed hesitation, though he did not completely say no.

"A raise of hands was called for by the moderator to see which filmmakers were all for the screening of their films at UP, and all raised their hands but the two directors mentioned above. The decision was made clear once again by the moderator, announcing that only two decided not to bring their film to UP. Again, director Lana made it clear that he was still unsure as his producers had already made plans for a commercial screening, though were not yet set in stone. The organization stayed safe and counted it as a no already to avoid any future conflicts. The presentation ended with an overwhelming support from the filmmakers and the Cinemalaya foundation.

"Due to the later date set for the meeting (as compared to the previous year which gave ample time for preparations), even without the written agreement, we took the word of the filmmakers from the meeting and proceeded to the org bidding, theater reservations, and marketed for sponsors of the event. Given that the event was four weeks away, this was necessary if the event was to even take place.

"According to our representative, the representative of Sta. Niña had not expressed any forms of hesitation towards the decision to screen their film at the time. But under the notion that the purpose of Cinemalaya Goes UP and the goal of the U.P. Cineastes’ Studio is primarily for film education and for the promotion of Philippine independent films, we presumed that all of the films that are allowed to be screened in UP, including Sta. Niña, should be put in the final schedule and list of the films for the event.

"The publicity proceeded smoothly for 2 weeks, both by the organization as well as the other org co-presenters, with the complete schedule released the week after. Within the weeks after the meeting, the organization set to meet the directors as soon as possible to make final arrangements for their UP
screening. Just last week, however, the director of Sta. Niña had asserted that their representative during the meeting clearly disagreed in screening the film in UP.

"Due to this misunderstanding and that the authority of the director holds sovereign, Sta. Niña will not be screened in UP during Cinemalaya Goes UP VIII any longer.

"We are truly sorry for the inconvenience.

"Thank you for your consideration and understanding."