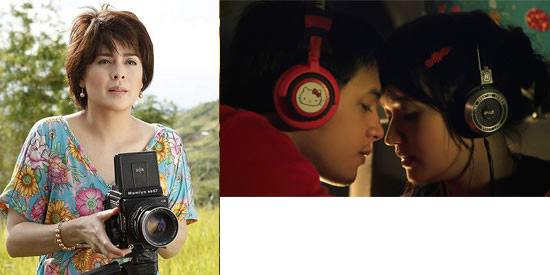 Did you miss the chance to watch the Cinemalaya 2012 Audience Choice winner Ang Nawawala?

Don’t fret because you can still have an opportunity to watch this coming-of-age love story as it starts its theatrical screening today, September 12.

Ang Nawawala (What Isn’t There) was one of the official entries in the New Breed category of the 8th Cinemalaya Philippine Independent Film Festival.


The film revolves around Gibson (Dominic Roco), a young boy who stopped talking because of a traumatic incident involving his twin brother Jamie (played by Dominic's real-life twin Felix). After spending years abroad, Gibson returns to reconnect with his family members portrayed by Dawn Zulueta, Buboy Garovillo, and Jenny Zamora. As he deals with his family's aloof ways, Gibson develops a special closeness to a fellow music enthusiast named Enid (Annicka Dolonius).

For its commercial run, movie director Marie Jamora will show viewers a new edited version of the movie.

“Basically, we trimmed five minutes from the film,” Marie told the media during a press conference held recently at Goldland Millenia Suites.

“It didn’t sound like a lot but basically, I literally trimmed down little things from the entire film to make the pacing much better.”

The indie film director said she had an idea what to do for the new cut of Ang Nawawala when it was shown during the 10-day film fest held last July.

She related, “When Cinemalaya happened, we have never seen the film complete, sound design, everything on the big screen.

“Literally, it was always bits and pieces when we were editing it.

“So, when we saw it in Cinemalaya, actually, para siyang test audience, focus group.

“I could see which jokes played out, which scenes felt dragging. I learned there.

“I also showed it to my friends and I talked to some friends. Then, with all that, I trimmed the film.”

Although she edited some of the scenes to make the pacing faster, Marie said there were also scenes that she did not change even though some critics told her to modify these scenes.

She reasoned out, “As a director, you have to put your foot down. I don’t make movies to please everybody.

“It’s literally, at the end of the day, what is best I can give out to people.

Marie passionately said about the commercial cut of Ang Nawawala, “I really believe that this is a better cut of the film.”

The Movie and Television Review and Classification Board (MTRCB) has given Ang Nawawala a rating of R-13.


It will be shown in SM Cinemas, Robinsons Movieworld, Cinema 2000, and Gaisano.