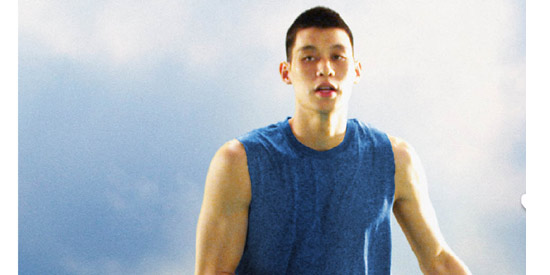 A Sundance documentary about NBA superstar Jeremy Lin will be screened in Philippine cinemas by October 2, 2013.

In a short span of time, Taiwanese-American pro basketball player Jeremy Lin went from benchwarmer to international icon. During his first five career games, Lin scored a historic 136 points. His magical run included scoring 38 points against Kobe Bryant and the L.A. Lakers, 28 points on the defending champion Dallas Mavericks, and 27 points and a last-second game winning three-pointer against the Toronto Raptors. Heading into the 2012 off-season, Lin was a restricted free agent and was ultimately signed by the Houston Rockets.


Lin was born in Palo Alto, California to parents who emigrated from Taiwan. He is considered the NBA’s first American-born player of Chinese or Taiwanese descent.


When the documentary Linsanity was shown in the Sundance Film Festival in January 2013, members of the audience gave a standing ovation.


Evan and Chris narrate how their initial plans to make a web series about Jeremy Lin ended up becoming a full-length documentary.


Evan: Back in early 2009, at the Griddle Cafe in Hollywood, California, Chris and I both sat down for our regular breakfast meeting. We’d been decade-long friends and our conversation ranged from personal to professional, and quickly turned to a relatively unknown Ivy League basketball player named Jeremy Lin.

Chris: Evan and I are both Bay Area kids and we’d heard a bit about Jeremy's story, a former state champ, and player of the year at Palo Alto High School yet, barely recruited and ending up at Harvard, a fine institution not exactly known for its athletics. I had a casual introduction to Jeremy through a mutual friend and being the hoop head I am, took interest in his story, not only as a basketball player, but as an Asian American and, interestingly enough, a devout Christian. Evan immediately shared mutual interest in this fascinating individual and began formulating a plan on how to tell his story. A mutual friend, Brian Yang, joined the team, and originally, our idea was to create a web series documenting different parts of his life, both on and off the court. Jeremy was a bit of a cult figure at that stage but, almost exclusively amongst Asian American youth. After several (dozen) failed attempts to convince Jeremy and his family to let cameras start rolling, we finally managed to get the green light during his rookie year with the hometown Golden State Warriors, where we were able to gain full access to an otherwise private person.

Evan: I chronicled the entire season of what truly was a rather uneventful rookie year and at that stage, I wasn’t sure where the story was going to lead. We decided to stick with it and after a tumultuous start to his second season as a pro where he was discarded by two teams in a matter of two weeks, it looked for all intents and purposes that Jeremy's dream of playing in the NBA was soon coming to an abrupt and undramatic end. By this time, Jeremy was the last man on the roster of the New York Knicks but, just barely so. Jeremy was being given what was widely believed to be his last opportunity, and that’s when February 2012 happened and the phenomenon dubbed “Linsanity” came into media legend.

Chris: Jeremy’s life would forever be changed and his profile upgraded to a bigger stage. With it, so too did our little web series.

We could barely grasp what was happening ourselves—it happened so rapidly—or where the story would end up, but Evan kept the cameras rolling the entire time and what we ended up with was an intimate look at one of the most phenomenal stories in sports and pop culture in the last several years. We quickly shifted gears and went from a web series to a feature length documentary. We had to. The story demanded it.

SYNOPSIS. In February 2012, the New York Knicks, mired in a disappointing season and out of desperation, looked to the end of their bench and found Jeremy Lin, an undrafted free agent from Harvard. On the verge of seeing his lifelong NBA dream vanish, Lin—at, or near what was believed to be his last chance as an NBA professional, underwent a now-legendary run, obliterating stereotypes along the way, and in the process birthed a global phenomenon known as "LINSANITY" Basketball—and the world—was never the same.

Director Evan Jackson Leong chronicles Jeremy Lin's inspirational story long before that fateful month and at a time when Lin was still struggling to find a place in a league that didn't want him while never wavering on his faith and hope for an opportunity.