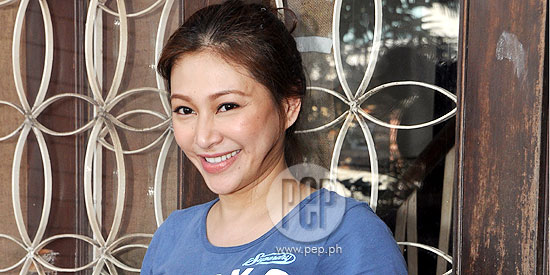 “Conquer the world na ang peg!” exclaimed a bubbly Rufa Mae Quinto during an afternoon of scorching heat on the set of Miri: Ang Huling Henya in Cubao.

Facing a small group of entertainment writers, the 34-year-old sexy comedienne, who is usually seen in skimpy dresses, sported a rugged outfit of jeans and a loose shirt.

“Yun na nga from Booba, ngayon Henya na!” she excitedly said, referring to the latest film she stars in.

The actress, who once portrayed the Pinay version of the dumb blonde, Booba, takes on a character of an intelligent agent who is out to kick evil butts in Huling Henya. The Regal Films’ action-comedy is slated to be released in May this year.

Although the film promises laugh-out-loud entertainment, Rufa’s preparations for the film entailed serious training in boxing and firing, as well as acting lessons from PETA (Philippine Educational Theater Association), which her director, Marlon Rivera, required of her.

Even the actress’s low-fat diet had to go.

A nasty scar was visible on the actress’s left wrist. Inquired if the injuries she got discouraged her, Rufa answered, “Kailangan, e. Kasi anong mabibigay kong bago, di ba?

This time, she makes a comeback in starring solo in Huling Henya—“Kaya ngayon, I’m back. And I’m not afraid… yes, with a vengeance, stronger, wiser, firm, and not a victim!”

Being the first comedienne to star in a lead role, Rufa vowed to make the project work.

“O ngayon, I’m bringing [myself] back. This is my re-launching film— Miri: Ang Huling Henya!”

She also believes that now is the time to do this.