Gerald Anderson "living his dream" of being an action star 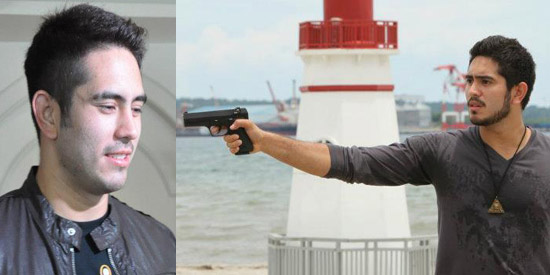 Gerald Anderson agreed to shave a portion of his right eyebrow for On The Job (left) while he sported a full beard in El Brujo (right). The actor shot a lot of action sequences for both films.

Gerald Anderson has no qualms about changing his look for upcoming projects—whether it involves sporting a clean-shaven face or shaving hair on the side of his head.

The former Budoy star says he will be changing his look again as a requirement for the character he will be portraying in his upcoming teleserye.

According the the Kapamilya actor, he is slated to resume taping for the ABS-CBN teleserye after taking a short break.

Although excited, Gerald did not reveal too much about his new TV series.

STARRING IN ACTION FLICKS. Gerald is also excited about his two new movies that allow him to veer away from his image as a romantic lead actor.

Independent films El Brujo and On The Job involve action scenes that are very different from what is required of him from his previous romantic movies.

For Gerald, these are actually realizations of one of his dreams: to become an action star.

Although Gerald likes the idea of being an action star, he does not have plans of abandoning his first job as a romantic/dramatic actor.


In a previous interview, Gerald revealed that “may mga harness kami, may knife fighting, putukan, barilan, may wrestling pa kami sa tubig” for this movie directed by Tikoy Aguiluz.


In the film, Piolo is cast as an NBI agent who wants to capture the character of Gerald, a prisoner who becomes a hitman/professional killer.