MOVIE REVIEW: Side Effects offers a dose of good acting and an engaging screenplay 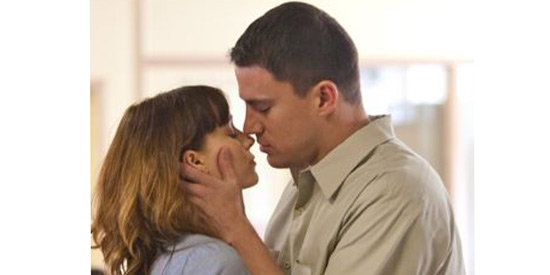 Side Effects is a psychological thriller, thanks to a very engaging screenplay by Scott Z. Burns. The movie stars Rooney Mara and Channing Tatum (in photo).

Side Effects is the latest movie by Academy award-winning director Steven Soderbergh (for Traffic in 2000).

Starring Rooney Mara (The Girl with the Dragon Tattoo), Channing Tatum, Jude Law, and Catherine Zeta-Jones, this movie mainly succeeds because of its gripping screenplay and smooth execution.

Side Effects tells the story of Emily Taylor (Rooney Mara), who falls into clinical depression after her husband, Martin Taylor (Channing Tatum), is jailed for four years for insider trading.

To deal with her mental condition, Emily seeks therapy while her husband is locked away.

When Martin is finally released, the reunited couple have to adjust after years of being apart, but the tense situation drives Emily to repeated suicide attempts.

She finds herself under the care of psychiatrist Dr. Jonathan Banks (Jude Law), who tries to make Emily better while dealing with his own marital issues.

Initially, the drug seems to have positive effects and the couple’s life improves, until the medication’s side effects take a toll on Emily.

The rest of the movie aims to determine who or what is responsible for the murder: is it the wife, the drug or the doctor?

Viewers follow a guessing game and a search for clues that will eventually lead to a surprising and unexpected truth.

THE SELLING POINT. One of the movie’s strongest points is its script, which is very engaging and filled with highs and lows.

Rooney, who is best known for playing the lead in the film adaptation of the book The Girl with a Dragon Tattoo (2011), shows her vulnerable side as she plays a wife struggling with depression.

The movie attempts to piece together a case of an unusual murder: a mentally disturbed wife, who is under medication, commits a terrible crime.

Just like in any psychological drama, the viewer is left to think and attempt to solve the crime, if only in his/her mind. Did the depressed wife truly have no memory of the crime because she was undergoing medication? Does the drug really trigger violence as a side effect? Or did the psychologist who prescribed the drug the mastermind behind the violent act?

A good factor about that movie is that it is consistently subtle in terms of acting as well as the pacing.

As social commentary, Side Effects is a chilling reminder about the dangers of prescription drugs. As a psychological thriller, it is not the over-the-top kind, which many movies in this genre tend to be. It is not the kind of film that puts you on the edge of your seat because it is intense, but is one that grabs your full attention and keeps you guessing until the final reveal.