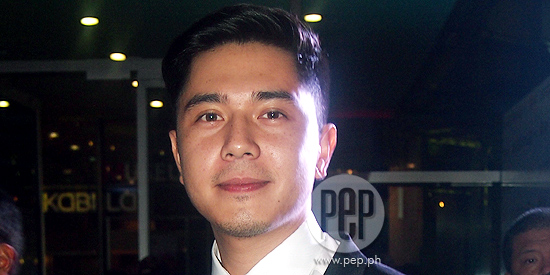 The film, which explored poetry and dance, allowed Paulo, cast alongside Rocco Nacino and Jean Garcia, to exhibit his subtle but stirring acting. This skill Paulo went on to develop in the 2012 primetime hit, Walang Hanggan, where the 24-year-old actor played the dark character of Nathan Montenegro.

In a brief chat with PEP.ph (Philippine Entertainment Portal) last Thursday, July 25, Paulo laughed off liking one of the films more than the other.

The actor admitted that shooting both films was a great and gratifying experience considering he has previously worked with both the directors and their respective production teams before.

Paulo remarked that Sana Dati is “not your typical love story” and a must-see because it completes the director’s “Camera Trilogy,” the precedent indie films being Confessional (Cinema One 2010) and Mangatyanan (Cinemalaya 2009).

Elements in the two previous films were incorporated in Sana Dati, according to Paulo, making the romantic drama a treat for any Jerrold Tarog fan.

Alvin Yapan, meanwhile, explores religion and love as it features Paulo as an Our Lady of Peñafrancia devotee in Debosyon.

Mando, Paulo’s character, will realize that “Faith is love” as the film’s tagline goes.
According to Paulo, Debosyon is made remarkable by the fact that it was shot in Naga and that he and co-actor Mara Yokohama had to learn and speak Rinconada Bicol—an ancient Bicolano language—in the film.

He recalled, “They sent us an audio file of the lines in Bicolano language.

Finally asked if he expects to clinch the Best Acting award during this year’s Cinemalaya, Paulo smiled, “Hindi naman.”

While the chance is high, considering he has two entries this year, the actor capped off the interview, “Ang akin lang kasi ang gusto ko para sa dalawang pelikulang ito ay maraming makanood as much as possible.

ALMOST REPLACED IN DEBOSYON. In a separate interview with Alemberg Ang, the producer of Debosyon, and Direk Alvin Yapan, they revealed that they almost replaced Paulo since the ABS-CBN actor had a very hectic schedule.

At that time, Paulo was still shooting for the now defunct primetime series Walang Hanggan.

“We were already replacing him. We already texted the manager na we can’t make that schedule work. Kasi we needed to work early because of the CG [computer graphics]. Basta nakakuha kami ng text na, ‘Ito na ang free dates niya, can you work with it?’ We said yes.”

Direk Alvin also mentioned that when Paulo read the script, he insisted that he audition for the role of Mando, a farmer who is a devotee of Our Lady of Peñafrancia. His character becomes so enamored with Saling (played by Mara Lopez) that he prays for a miracle from Ina (as Our Lady of Peñafrancia) is called.

The producer and the director admitted that they initially had hesitations about casting Paulo as a farmer. “Noong una, ayaw namin kasi hindi siya mukhang magsasaka,” said Alem.

Aside from this, Direk Alvin also revealed that Paulo personally drove his own vehicle to go to the set location in Bicol.


Paulo brought someone to act as his alternate driver as he embarked on the 8-hour drive going to Bicol.


PHYSICAL CHALLENGES. The lead actor also endured acting under the heat of the sun as they shot the procession scene and the scene involving his fall from a tree. 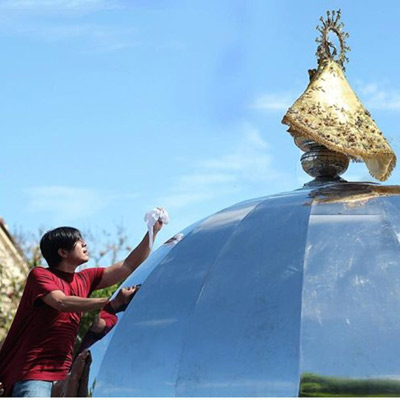 Another difficult scene to shoot involved Paulo’s fall from a tree wherein he did not use a stuntman.